Euro 2020: Fears grow over the spread of the Delta variant 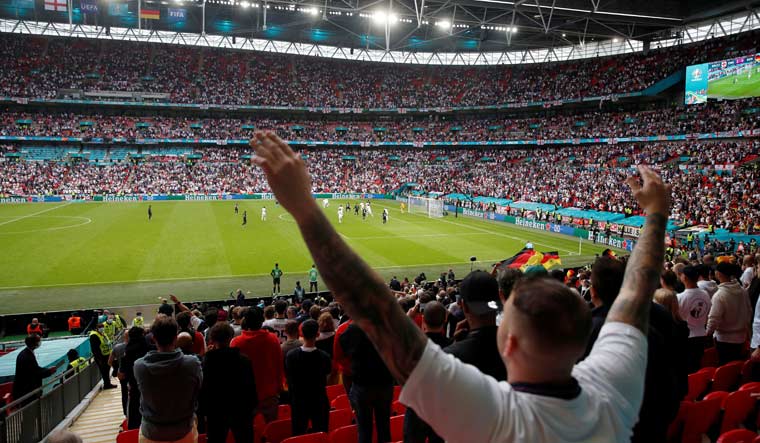 Since the Covid-19 restrictions were imposed around the world, football matches were played behind closed doors without crowds. Now as vaccinated people and holiday-goers flocked to watch the Euro Cup, there are increasing concerns about a spread of the Delta variant of coronavirus, which is far more infectious than earlier variants of the virus.

"If we want to spread the Delta variant around Europe then this is the way to do it," epidemiologist Antoine Flahault told AFP.

90,000-seat Wembley Stadium is expected to be filled with more than 60,000 fans, despite a hike in Covid cases linked to football fans.

During the match, a large number of supporters who do not have entry passes are expected to reach London.

Prof Jason Leitch, National Clinical Director of the Scottish Government, told BBC that 2,000 of the 32,000 cases recorded in Scotland since 11 July had been linked to Euro 2020 events.

Public Health Scotland (PHS) analysis said that 1,991 people who later tested positive had attended one or more Euro 2020 events during their infection period.

Meanwhile, Germany has urged the British government to reduce the number of fans allowed into Wembley stadium for the final matches.

"I think it's irresponsible for tens of thousands to gather in close proximity" in countries where the "highly contagious" Delta variant is spreading," German interior minister Horst Seehofer told Germany's Augsburger Allgemeine newspaper.

Seehofer called Eurpean football governing body UEFA's decision to allow 60,000 fans to attend the Euro 2020 semifinals and final is "utterly irresponsible." He said the decision to allow huge crowd seems to have been driven by commercial considerations.