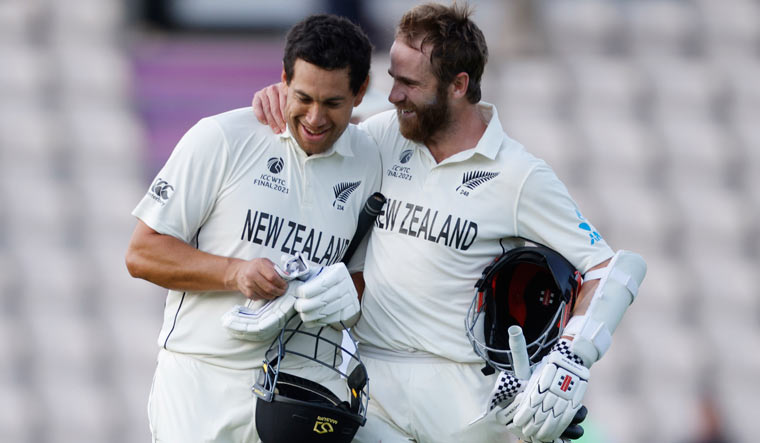 As Tom Latham and Devon Conway survived till tea and walked back unseparated on the sixth day of the World Test Championship, former England captain Michael Atherton told viewers that Craig McMillan would shortly head back to New Zealand. He had a flight to catch, and would not be in the commentary box to witness his country possibly winning its first ICC event in two decades.

On October 15, 2000, though, McMillan was in the thick of it. His team had made the final of the ICC Knockout Trophy, and was on the cusp of achieving its first world title. Though he didn’t have a good day then—he scored just 15—he did end up on the right side of history.

The opponent then, as in 2021, was India. The venue then, as in 2021, was neutral—Kenya. However, that game was much closer, in the end, than this one. India had posted 264 in their 50 overs, with captain Sourav Ganguly scoring 117. Chris Cairns led the response, hitting 102 and finishing off the match of the penultimate ball.

Since that day, New Zealand has lost just once—in the 2003 World Cup—to the Indians in ICC tournaments. They last broke India’s heart in the semifinals of the ODI World Cup in England in 2019. It proved to be captain M.S. Dhoni’s final international match eventually, and he was run out by Martin Guptill. And, of course, there was rain then, too. The match had to be played over two days.

But a greater heartbreak awaited New Zealand. In their second consecutive ODI World Cup final, the Kiwis lost on boundary count after tying the match with hosts England. It seemed unfair, but they endured. They would live to fight another day.

And that day, or rather days, came two years later, in the same country. If luck had cost them the World Cup then, some argue that it was luck that brought them to the dance with India at Southampton. If Australia had not cancelled their tour to South Africa because of the pandemic, or if they had bowled two more overs in the allotted time in the Melbourne Test against India earlier in the year (not doing so led to them losing 4 WTC points), they could have been facing India in the final.

But luck only gets you so far. Over six rain-affected days, New Zealand fought India in an exciting, see-sawing match; ultimately, their bowlers used the conditions better and found swing more regularly than the Indians did.

However, it did drag on into the last session, with all four outcomes possible heading into the last 30 overs. In the end, though, the New Zealanders got to the target with 7.1 overs and eight wickets to spare.

And so, it was sweet revenge that Kane Williamson and his men returned to the country where they lost the World Cup by zero runs to lift the Test mace and be crowned the Test champions of the world.

The nice guys, after many a heartbreak, did finish first.