The visitors had suffered a dramatic collapse yesterday, going from 167/0 to 187/5 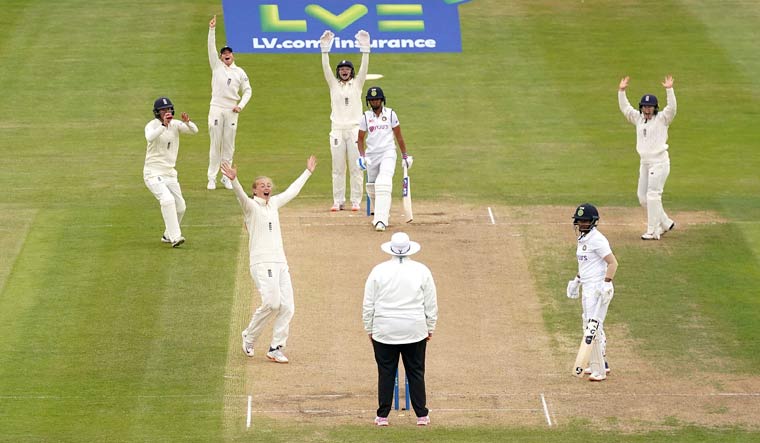 A valiant unbeaten 29 by Deepti Sharma, who had starred with the ball earlier—picking up 3/65—could not prevent India Women from falling short of the follow-on mark, chasing England's first inning's total of 396/9, in the one-off Test in Bristol.

India Women were dismissed for 231 and were asked to follow on by the hosts. Sophie Ecclestone was the pick of the English bowlers, taking 4/88, with skipper Heather Knight chipping in with two wickets. The visitors had suffered a dramatic collapse yesterday, going from 167/0 to 187/5 at the end of day's play.

England posted the highest-ever total against India after they declared their first innings at 396/9 but the visiting team openers Shafali Verma (96) and Smriti Mandhana (78) gave the hosts a befitting reply with a 167-run stand. The other batters, however, caved in without a fight.

Resuming today, India lost Harmanpreet Kaur and Taniya Bhatia without any addition to the overnight score. A 33-run partnership between Sharma and Pooja Vastrakar brought India close to the follow-on mark but India lost the last two wickets in jiffy once England took the new ball.

Skipper Mithali Raj was trapped by left-arm spinner Ecclestone as the hosts turned the tide in their favour in the last session.