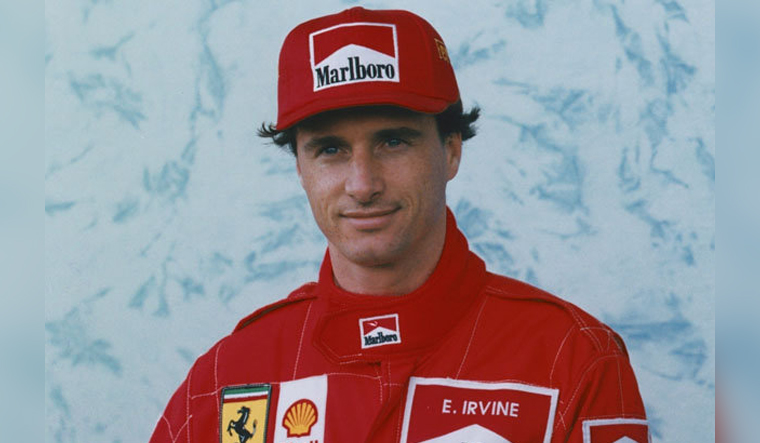 Former Formula 1 driver Eddie Irvine enjoys the duel between Max Verstappen and Lewis Hamilton this season. The battle between what he calls the 'fastest' driver and the 'best' driver is mouth watering.

Max Verstappen and Lewis Hamilton have been holding each other in a stranglehold for six races this season. The difference between the two drivers on the track is minimal, with perhaps – the position in the World Cup also proves – a slight advantage for the Dutch Red Bull driver.

Former Jordan, Ferrari and Jaguar driver Eddie Irvine enjoys the duel. " The 2021 season has been great so far ," the Irishman said in an interview with betting site Betway. “Verstappen is definitely the fastest driver at the moment, but you have to say that Lewis Hamilton is probably still the best driver. It's great to see the two compete against each other. I think it's going to be a great season."

Where Hamilton has dominated Formula 1 in recent seasons, it is mainly Verstappen who has made a real step forward this year. And according to Irvine that is not only due to his better material, but also to the character of Verstappen. “After six seasons, he's finally got his act together. He has always been super fast and you can tell he is by far the most dominant team leader on the grid.” In that respect, Irvine even compares the Dutchman to Michael Schumacher, the German with whom Irvine drove four seasons together at Ferrari. “He [Verstappen] has had many different second drivers in his team and none of them have come close to him. That's kind of the Michael Schumacher effect. Lewis has been regularly outmatched by his teammates.

While the battle for the drivers' title is mainly between individual drivers, it is also important for the constructors' championship how the second drivers of Mercedes and Red Bull - Valtteri Bottas and Sergio Perez - hold up. “Their job is to do the best they can, that's all,” Irvine says. “They are both de facto number two, but I don't think that against two guys like Hamilton and Verstappen is a big minus. No one in Formula 1 could compete with those two and beat them regularly."

Finally, Irvine ventures a prediction as to which of the two drivers will ultimately prevail at the end of the season. “Hamilton is getting a little older now and his pace is not as good as it used to be, but he is still an accomplished professional. But I think anyone who takes on Verstappen will be beaten because of his sheer speed.”