Olympic-bound shooters happy to set up training base in Croatia 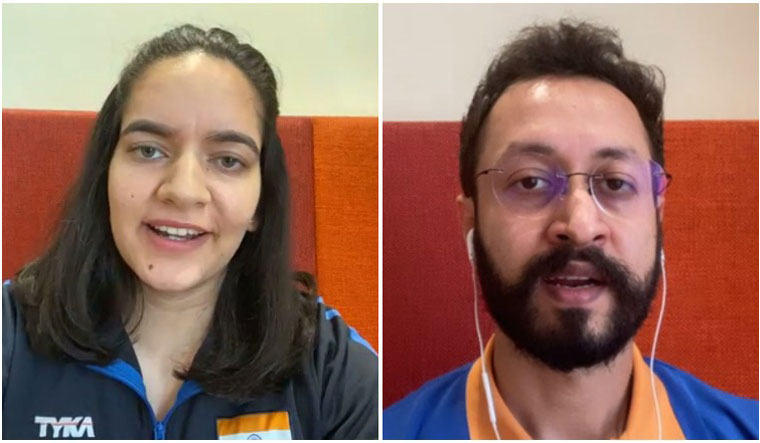 Their bags are packed, their visas done. Come May 11, the 15-member strong Indian shooting squad, which will be competing at the Tokyo Olympics this July, will be flying to Zagreb in Croatia, along with coaches and support staff. It will be their training base for the next two and a half months, away from the mayhem caused by the COVID-19 second wave in India. It's a long time away from near and dear ones but it's a decision welcomed by all the athletes, as they refocus and recharge themselves in the final phase of preparations for the Olympics.

Anjum Moudgil, currently world number three in women's 10m air rifle event, cannot wait to fly out to Croatia. She will be competing in the 50m rifle 3 position and the 10m air rifle mixed team events in Tokyo. The Chandigarh-based 27-year-old doesn't feel that three months away from family in such tough times would be an issue for her. Speaking to the media during an interaction organised by the Sports Authority of India, Moudgil said, "Conditions in India are not okay for us to train together. I don't have a 50m range back home and it's not safe in Delhi (with the high number of COVID-19 cases) to travel back and forth from the range. It will be comfortable training in Croatia; the whole team will be together and one will be able to train properly. I got a year to stay with my family due to the pandemic and I am grateful for that. I have a joint family, so there will be people to look after each other. For the Olympics, if even one per cent sacrifice is required, I am ready to that."

The Indian squad will compete as a guest team in the European Championships to be held in Zagreb from May 20-June 6. The competition will be a welcome one for the shooters who have not had much in terms of intense competition since last year. Their last competition was the ISSF World Cup held in New Delhi in March this year. The team, on arrival, will undergo a 7-day quarantine.

Pistol shooter Abhishek Verma, too, echoed Moudgil's views on the shift to Croatia ahead of the Olympics. "I am very happy that the camp has been organised by NRAI. After the last World Cup in Delhi, we couldn't train due to the COVID-19 situation. I have had my vaccine shots and was bit under the weather for 3-4 days. Now (in Croatia), I can focus on regular training."

The another good news is that the ISSF has announced that Osijek in Croatia will host the last ISSF World Cup before Tokyo 2020. The competitions will take place from June 22 to July 3, 2021.

With the NRAI announcing the squad much in advance, Moudgil is relaxed and focusing now on the events she has to compete in at the Olympic Games. Earlier, she was focusing on the 10m air rifle event, not knowing whether she will be competing in it, with Apurvi Chandela and Elavenil Valarivan also in the fray. “I am putting more focus on training for the 3 positions event currently. It makes a difference in my training programme. I have also changed my plan and Deepali Deshpande ma’am is helping me on it. I hope it increases my chance to win a medal in the event in Tokyo," she said.

She expressed satisfaction with the way her shooting was shaping up post the hiccups in late 2019 and early 2020. "After 2019 nationals in Bhopal, I switched to another brand of jacket. It did not suit me. Plus, I could not train with my coach due to lockdown. It was only after the first and second national camps in October-December post the lockdown that coach Deepali ma'am figured out the problem."

While most members of the squad have got their vaccine shots in India, some like pistol shooter Rahi Sanobat, who is recovering from COVID-19 infection, and air rifle shooter Apurvi Chandela, will get it later in Zagreb—the NRAI has reportedly made arrangements for the same.

Meanwhile, Verma is focused on making up for the time lost due to the COVID-19 pandemic prevailing in the country. “I am not even thinking about whether the Olympics will be held or not. I am training with the belief that it will go ahead. Whatever is the next competition, I am focusing on that,” he said. Talking about the changes he has had to make with the COVID-19 in his shooting, the 30-year-old lawyer said, “Even in the World Cup in Delhi last month, we had to make certain adjustments, like wearing masks. There were shields separating shooting lanes. It was awkward, having to constantly remember to put on the mask. Whatever be the situation, we have to face it and adapt. The most important thing is performance,” he said.

Verma's rise has been consistent ever since he burst on to the national scene in 2018. He rose to fame by winning a bronze medal at the 2018 Asian Games and following it up with a gold medal at the 2019 Beijing World Cup, with which he won a quota at the Tokyo Olympics. He also won the gold the same year at the Rio de Janeiro World Cup.

Pistol coaches Smirnov Pavel and Ved Prakash will be with the pistol shooters in Croatia. Some of the shooters who have personal coaches like Verma, who trains with Jaspal Rana, or Sarnobat with Samresh Jung, will not have them around in Croatia. But that has not been a stumbling block in their preparations, they say. "I livestream with my coach Jaspal Rana. Besides, Pavel and Ved Prakash sir will be around. So, it shouldn't be an issue," he said.

Verma will focus on improving his timings during the competition. "Pre-COVID-19, I would complete my match in 40-50 minutes. But now, it gets over in 60-80 minutes. I need to improve on it."