Ashwin will not be in scheme of things till Washington is performing, says captain 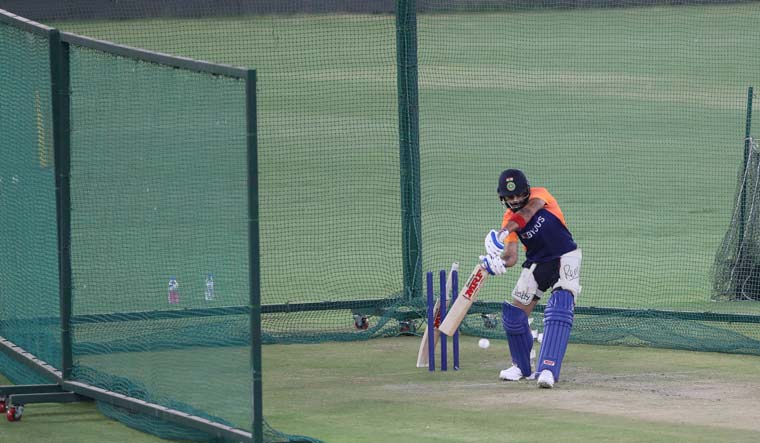 India captain Virat Kohli on Thursday said that Rohit Sharma and KL Rahul will be the team's opening combination in T20 cricket going ahead as it geared up for a five-match series against England starting here on Friday.

Kohli also made it clear that Ravichandran Ashwin will not be in the white ball scheme of things till Washington Sundar is performing.

India will start their preparations for the T20 World Cup, to be held in India later this year, with the series against England and the skipper did give some indications about how the core combination would look like.

"If Rohit plays, then it's simple. KL (Rahul) and Rohit have been performing consistently at the top of the order for us and those two will start," Kohli was unambiguous in his reply that the seasoned Shikhar Dhawan will have to wait.

"In a situation, Rohit takes rest and KL has a niggle or something, Shikhi (Dhawan's nickname in team) obviously comes in as the third opener but the starting composition, Rohit and Rahul will be the ones who will start."

However, Kohli was trifle annoyed with a question on India's no.1 Test spinner Ashwin's chances of making a comeback looking at his impressive IPL form last time when he got some big names including the India captain cheaply.

"Washington has been doing really well for us. So you cannot have two players of the same discipline, playing in one spot. So (this will not happen) unless Washy has drastically horrible season and things go south for him," Kohli said about the young all-rounder.

Washington has an impressive economy rate of less than 7 per over (6.95) in 26 games for the country.

Kohli made it pretty clear that the question didn't amuse him one bit.

"I mean the question has to be asked with some kind of logic as well. You suggest where you would add Ash, and play him in the team?" he countered.

"Washington already does that job for the team. It's easy to ask a question but you should have a logical explanation to it yourself."