Rohit Sharma slams pitch critics: ‘They don’t think about us, why should we think about them’ 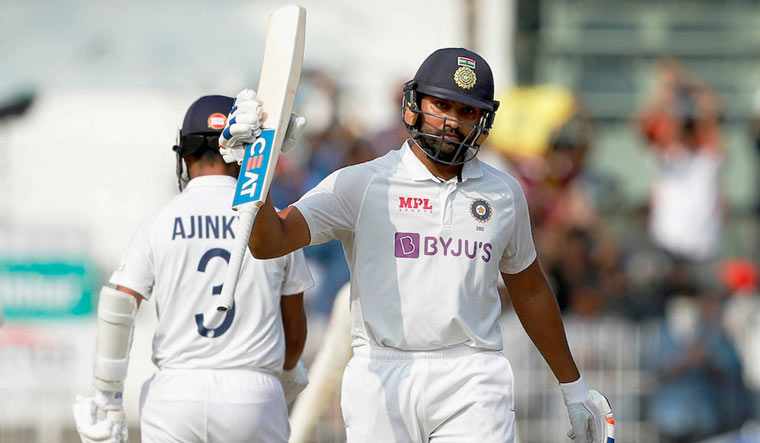 India opener Rohit Sharma came down heavily on critics who complained about the pitches in the country and said that every team makes most of their home conditions by preparing pitches in accordance with their style of play.

He further said that other countries do the same, making use of their home advantage. It made “life difficult” for the Indian team, he added. If “they don’t think about us, why should we think about anyone,” he said.

“Pitch remains same for both teams, I don’t know why this discussion happens so much. Pitches in India are being prepared in the same manner for many years now. I don’t think there have been any changes in that regard or there should be any changes,” Rohit is seen saying in a video tweeted by the BCCI official Twitter account.

“Every team makes full use of their home advantage. When we go out, the same happens there as well, they don’t think about us. So, why should we think about anyone. What we like and what is our team’s preference, we should do that... this is what home or away advantage is all about. Otherwise, take out the home and away advantage away and play cricket without it. Tell ICC to make a rule, setting identical norms for pitches in India and outside,” he further said.

The limited overs captain said that instead of talking about the pitches, the discussion should be around players’ performances. Rohit hit a brilliant century (161 off 231 balls) during India’s first innings in the second Test in Chennai.

“Discussion about how a player is batting or how a bowler is bowling are completely fine but not pitches because conditions remain same for both teams and whoever plays the best will win,” he said.

Former cricketers, including Michael Vaughan and Mark Waugh, had criticised the pitch in M.A. Chidambaram Stadium after the second Test. Many said that the Chepauk ground was not good enough for Test cricket.

India and England will face each other in the third Test, which will be a day/night affair, from February 24 at the Motera Stadium in Ahmedabad. The series is tied at 1-1 after England won the first Test by 227 runs and the hosts won the second by 317 runs.