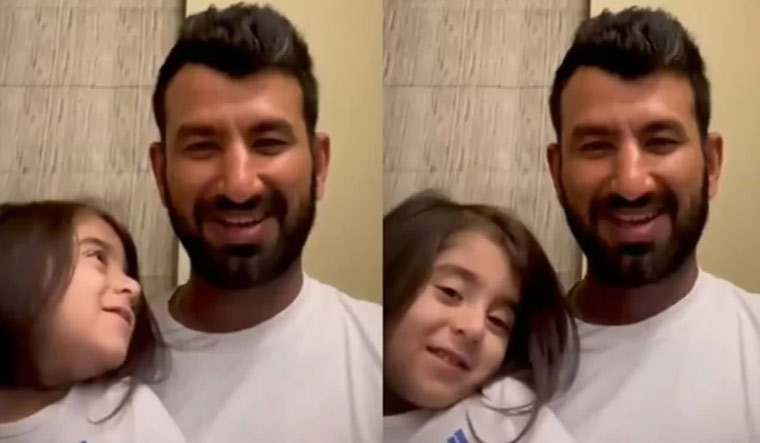 It took six years for Test specialist Cheteshwar Pujara to return to the Indian Premier League, as Chennai Super Kings bought him at his base price of Rs 50 lakh at the IPL players' auction in Chennai yesterday.

The last time Pujara featured in the IPL was for Kings XI Punjab, now re-christened Punjab Kings, in 2014.

In a heart-warming gesture, when CSK bought Pujara in a one-sided bidding affair, the entire hall applauded the three-time IPL champions for their decision.

"We welcome the legend, Che #Bujji with a super cute applause from the auction hall! #WhistlePodu #SuperAuction," CSK wrote on its official twitter page.

The 33-year-old Pujara, who went unsold in the earlier auctions, tweeted: "Thank you for showing the faith. Look forward!"

In a video posted on the CSK's official Twitter account, Pujara had a special message for CSK fans. His little daughter Aditi, too, was with him and she soon everybody's heart with her cute expressions. She even calls M.S. Dhoni “super”.

Pujara said that it would be extremely special for him to play with former India skipper Dhoni, under whom he made his Test debut.

He has so far featured in 30 IPL matches, scoring 390 runs at an average of 20.53 with a strike rate of 99.74. He has played for Royal Challengers Bangalore and Kolkata Knight Riders in the past.

“Talking about the IPL, I think it is about changing the mindset, switching from the Test format to the IPL. You need to switch the gears as early as possible. I feel it’s the mental aspect which changes quickly. With good preparation, I am hopeful that I will do well in the IPL. Whistle podu and looking forward to the IPL,” Pujara said.