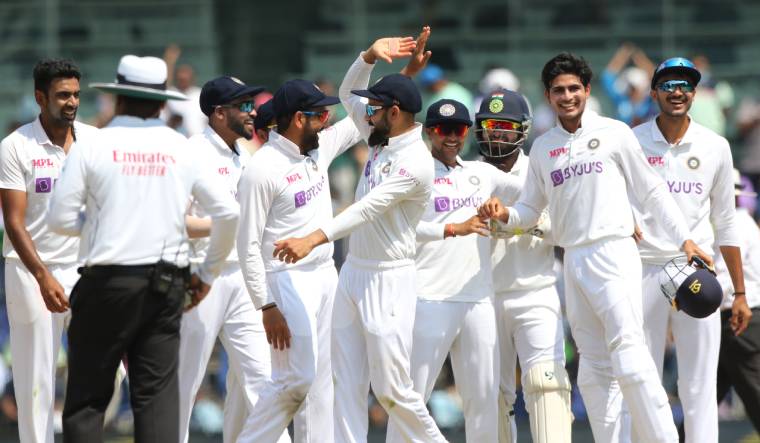 The resounding 317-run win over England in the second Test in Chennai on Tuesday propelled India to second in the World Test Championship standings issued by the ICC.

After the series-levelling win at Chepuak, India have 69.7 percentage of points (PCT) and 460 aggregate points, behind New Zealand who have already qualified for the WTC final to be held at the Lord's June.

India, who had lost the first Test by 227 runs at the same venue, need to win one more and at least draw another to make it to the WTC final.

They were fourth on the table before Tuesday’s result.

Virat Kohli’s men are currently playing in their sixth series of the WTC cycle, having won 10 matches, lost four and drawn one.

The third Test—a day/night affair—begins in Ahmedabad on February 24.