Javed Afridi is a businessman who owns Peshawar Zalmi, one of the 6 teams in the PSL 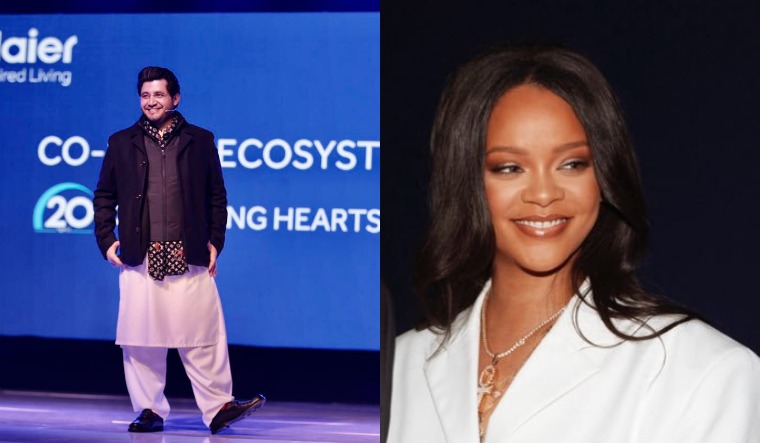 After Rihanna on Tuesday shared a news article on the ongoing farmers' protests in India, the pop icon unwittingly triggered a social media, and even diplomatic, frenzy.

Rihanna has been both berated and celebrated for her tweet on the farmers' protests. On Wednesday, an image of Rihanna purportedly holding a Pakistani flag went viral. Fact-checking website Alt News found the image was morphed, based on an image of Rihanna with the flag of the West Indies cricket team from 2019. Rihanna is from the Barbados, one of the island nations that is part of the West Indies team.

Now, the pop star may find herself in another 'Pakistani soup'! On Wednesday evening, the owner of Peshawar Zalmi, a Pakistani T20 team, tweeted about having Rihanna sing the team anthem.

Javed Afridi is a businessman who owns Peshawar Zalmi, one of the six teams in the Pakistan Super League T20 competition. Javed Afridi's tweet," RIHANNA FOR ZALMI ANTHEM❓" appeared to be a teaser. But it is not likely to lessen the social media storm caused by Rihanna's tweet.