Messi breaks Pele’s record with 644 goals for Barca, thanks supporters in post 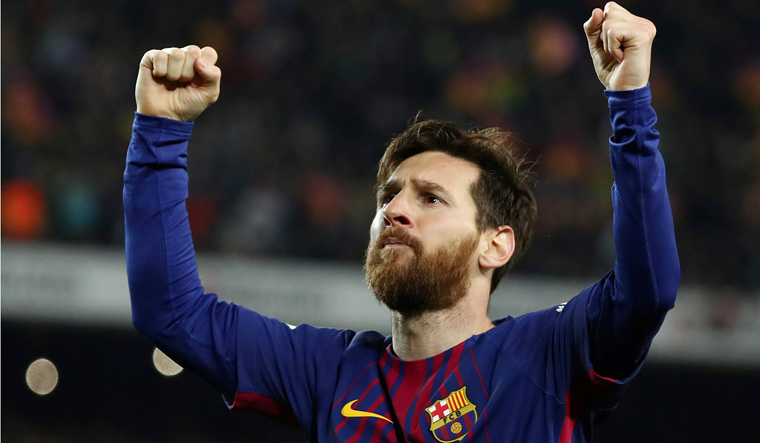 Lionel Messi scored his 644th goal for Barcelona, surpassing football legend Pele’s record of most goals for a single club, during the La Liga giant’s 3-0 victory over Valladoid on Tuesday. Pele had scored an all-time record of 643 goals for Santos between 1956 and 1974.

The 33-year-old took to Instagram to put up a heart-warming post, thanking his supporters for helping him over the years.

“When I started playing football, I never thought I would break any records. And especially the one that I broke today that was @pele... I can only thank everyone who helped me over the years, my teammates, my family, my friends and everyone who supports me every day. Hug!!,” he wrote along with a collage of three images showing Messi in the Barcelona jersey over the years, with the number 644 in bold.

Messi is unlikely to stay on in Barcelona, with his contract coming to an end next year. Before the start of the current season, he had requested to be released from his contract with the club following his fallout with the previous president Josep Maria Bartomeu and Barca’s forgettable campaign last season.

The striker, however, decided to stay in order to avoid legal conflicts with the club after Barcelona triggered a 624 million euro release clause.