Guardiola has come out in support of his former assistant coach 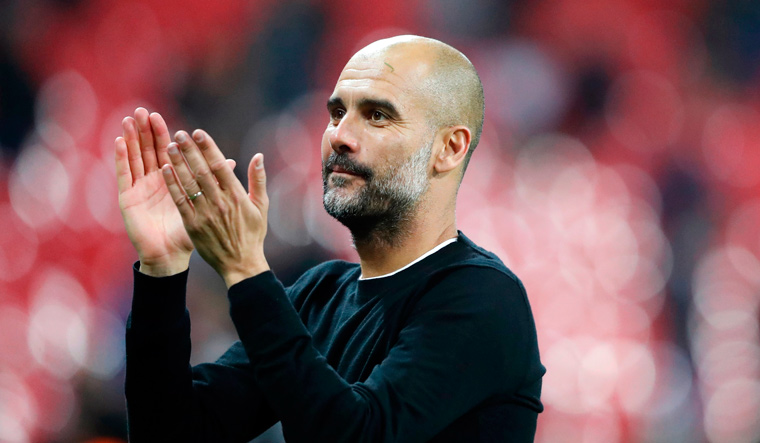 Manchester City manager Pep Guardiola has said that if Arsenal sack head coach Mikel Arteta, the club will be making a “big mistake”. Arsenal are currently placed 15th in the Premier League table after 14 games with as many points.

On Tuesday, City thrashed the Gunners 4-1 in the Carabao Cup quarterfinals, as Arteta continues to feel the pressure over the club’s poor run of form.

Guardiola has come out in support of his former assistant coach, saying that Arsenal should stick with Arteta.

“They will do a huge, big mistake if they [sack Arteta]. I’m pretty sure they are going to trust him," Guardiola said after Tuesday’s game.

“I understand that the analysts analyse the results. But I was with him many years and I know his incredible quality as a human being and especially as a manager, how he is involved in everything. It’s just a question of time and he will do well,” he added.

Arteta was appointed as manager in December last year on a three-and-a-half-year deal till 2023. However, Arsenal’s form has put the Spaniard under immense pressure. The Gunner have suffered seven defeats in their last 10 games in the Premier League.

Guardiola admitted that their jobs as managers depend on the results, but also said that things happens fast in the sport. He added that it takes times to taste success.

“They give him the confidence, they won two titles when for a long time ago it didn’t happen at this club. In this pandemic situation, with injury problems they have and the games they played they always played good.

“I can speak about my experience alongside him, one of the most incredible successful teams in English history we had and he was part of this success and it would not be possible without him, and to create something like this you need time like I had in my first season.”