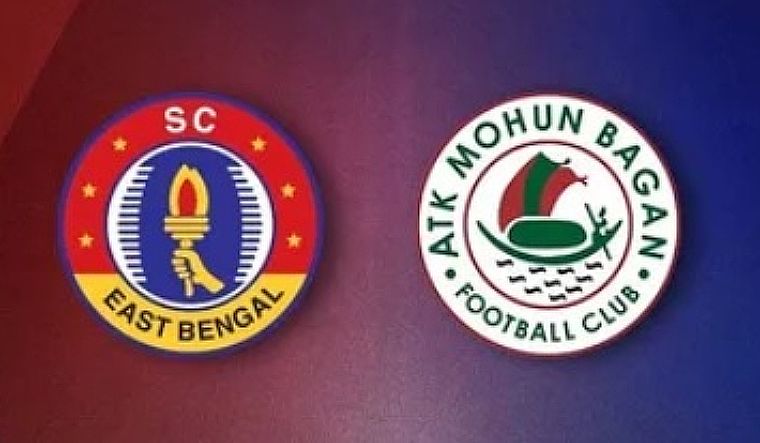 Amid a pall of gloom following Diego Maradona’s death, biggies ATK Mohun Bagan and SC East Bengal will resume their age-old rivalry on the grander stage of Indian Super League, but without their legions of roaring fans in Vasco on Friday.

The build-up to the much-anticipated clash had witnessed a lot of drama with East Bengal making a last-gasp entry into the ISL. Matches are played behind closed doors due to the COVID-19 pandemic.

The mood, though, has been dampened by the Argentinian icon’s death.

Both the legacy clubs dearly love Maradona, and so does their base, Kolkata.

ATK Mohun Bagan started off from where they had left in their respective tournaments last season, getting off to a winning start against Kerala Blasters FC.

All eyes are now on their bitter foes, SC East Bengal, with a new-look side and a coaching staff headed by English and Liverpool legend Robbie Fowler.

From scoring the winner in his very first Merseyside derby (Liverpool vs Everton), finding the net multiple times in the Manchester derby while playing for Manchester City, and even managed to create a goal in the Pennines derby—Manchester United versus Leeds United.

And now he gets to experience a fixture that is as old and as intense as any of the others he has experienced so far in the world.

Antonio Lopez Habas may have been the most successful ISL coach but the red and gold fans would know that there are few people more equipped to handle the heat of a derby than Fowler.

“In these types of games, the players can’t get carried away. You will dive into tackles, you will get too enthusiastic. So in this case, let’s try and play sensibly,” said Fowler of his derby mantra.

Being the last team to join ISL, Fowler got less than a month to build his team and it remains to be seen how they make up for the lost time and combine on the pitch against a well-set ATKMB.

Fowler has named Scottish defender Danny Fox to lead the team in their debut ISL season, while former Norwich City winger Anthony Pilkington will be his deputy.

In Fox and Scott Nevile they have a quality defence while the midfield also looks strong with Pilkington, Aaron Amadi-Holloway and the likes of Eugeneson Lyngdoh and Mohammed Rafique.

It’s the attack that looks a bit thin with the Indian duo of Balwant Singh and Jeje Lalpekhlua up front and Pilkington, who scored a brace against Kerala in a preseason friendly, may lead the charge.

“It’s an incredibly tough game for us to start. We are massively behind all the teams in terms of preparations. No one has a clue how we are going to play, what type of team we are,” Fowler said.

ATK Mohun Bagan will look to take it forward after a reasonably good outing against Kerala.

Fijian star Roy Krishna struck the winning goal and his finishing prowess could again be the key.

Combine him with David Williams and Edu Garcia up front, and with Sandesh Jhingan and Tiri looking after the defence, ATK Mohun Bagan appear stronger on paper.

Despite an element of unfamiliarity around SC EB, Roy Krishna said it would work in his favour.

“I have never played against the defence of SC East Bengal. I think this will go in my favour mainly because if I know, I will be worried about them. Now I can play with a free mind,” Roy Krishna said.

The Fijian incidentally knows Fowler as he was with him for three months at the start of his career at Queensland Fury.

Williams did not start in the last match as Habas preferred to keep him for the closing minutes but come the derby, and he may be seen alongside Roy Krishna at the front.

“For a long time, I did not play with Roy Krishna. Nevertheless, I am hopeful that our pair will be effective like last time. I’m excited about the derby match and desperate for three points,” Williams said.

Left winger Michael Soosairaj may not be seen in action in the first derby of the season as he sustained a knee injury against Kerala.