He laid the blame squarely on the BCCI’s doorsteps 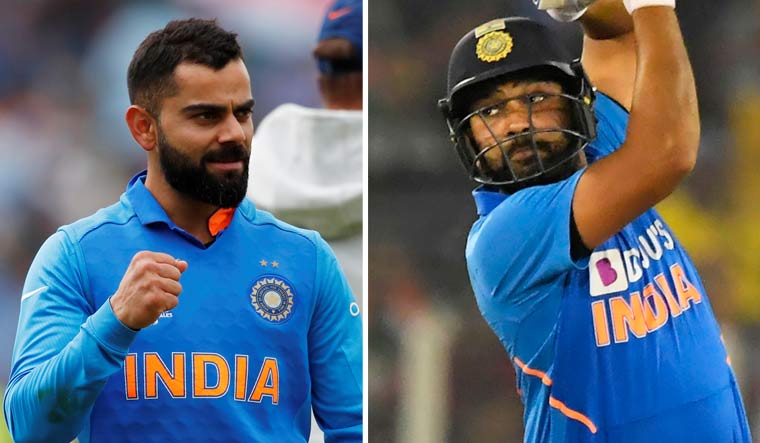 The debate over Rohit Sharma’s injury and his subsequent unavailability for Team India's tour to Australia have raised many questions regarding the handling of the matter by the office bearers of Board of Control for Cricket in India and selectors, as well as the state of affairs within the BCCI. Issues like lack of transparency and communication are also being raised.

Indian skipper Virat Kohli echoed similar sentiments and did some plain-speaking regarding the issue. He laid the blame squarely on the BCCI’s doorsteps. Asked about Sharma, his original white ball deputy’s injury status and unavailability for the tour, Kohli, speaking to the media on the eve of the three-match ODI series, termed the situation “confusing” and added that there has been no clear communication officially from the BCCI or selectors over the status of Sharma's availability.

Kohli said had Sharma been sent to Australia and proceeded with his rehab and recovery with the team Down Under, things would have been a lot more clearer.

When asked had Rohit Sharma and Ishant Sharma travelled with the team straight to Australia like wicket keeper Wriddhiman Saha, injured during IPL in UAE, increased the chances of the duo playing in the Test series, Kohli responded with a definitive “Yes.” “Definitely, that would have increased their chances for playing in the Test series. Someone like Saha, who got injured during IPL is doing rehab with team. We are aware of his progress and is on right path to make sure he is fit and available in time to play Test series. Same would have been the case with Ishant and Rohit as well. It would have given them chance to get fit and make themselves available. Right now there is so much uncertainty on whether or if they will make it at all or not.”

Asked to shed clarity on the entire chain of events surrounding Rohit Sharma’s non- selection for the tour, Kohli said, “Well, before we had selection meeting in Dubai, we got email two days before that which said he is unavailable for selection. He had picked up injury during the IPL, he needs two weeks of rest and rehab period before selection. The risks, pros and cons of injury had been made known to him and he understood that. That was the information we got; after that he played IPL. We thought he would be on flight to Australia. We had no information on why he wasn’t travelling with us. After that the only information we got officially on mail was he was at NCA and being assessed, and will be assessed again on December 11. There has been no other information, there is lack of clarity and we have been playing a waiting game on this issue for a while now which is not ideal at all. Its been very confusing.”

Sharma had sustained a hamstring injury during the IPL but returned to playing after missing four matches. Meanwhile, BCCI president Sourav Ganguly had stated that the batsman should be careful as he could risk getting injured again. Sharma led Mumbai Indians to the IPL trophy even as Ganguly reiterated to THE WEEK post the championship that he is still only 70 per cent fit.

Meanwhile, the selectors announced the teams for Australia with Rohit Sharma’s name not figuring in any of the three squads, but Ganguly reiterated that once he was declared fit and cleared by BCCI physios, he would surely be part of the Test squad. The clock kept ticking, Sharma reached the National Cricket Academy and was assessed only to not pass muster. With the quarantine rules in place presently in Australia, a second assessment two weeks later would mean he would be unable to join the team on time.