If Rohit Sharma isn’t made T20 captain, it would be a shame, says Gambhir 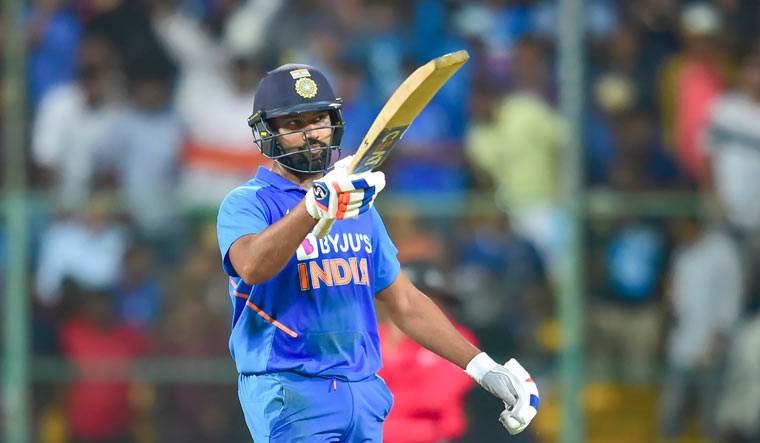 Cricketer-turned-politician Gautam Gambhir and England’s Michael Vaughan have called for Rohit Sharma’s elevation to India’s T20 captaincy with the former national team opener going to the extent of saying that it would be a “shame” if the star batsman does not get the role.

Rohit led Mumbai Indians to a fifth IPL title on Tuesday, impressing not just with a graceful half century but also shrewd captaincy. He is currently the national vice-captain for the white-ball formats.

“Yes, a captain is only as good as his team and I completely agree with that, but what are the parameters to judge a captain on who is good and who isn’t? The parameters and benchmark should be the same. Rohit has led his team (MI) to five IPL titles.”

“We keep saying M.S. Dhoni is India’s most successful captain. Why? Because he has won two World Cups and three IPLs,” Gambhir said.

“Rohit has won five IPL titles, he is the most successful captain in the history of the tournament. Going forward, it’ll be a shame if he doesn’t get India’s white-ball or just T20 captaincy.

“Because he can’t do much more than this. He can only help the team he captains to victories. So if he doesn’t become India’s regular white-ball captain, it will be their loss,” he added.

Gambhir had earlier said that Virat Kohli should be made accountable for Royal Challegers Bangalore’s failure to make the IPL finals in 13 efforts, eight out of which were under Kohli’s leadership.

But the cricketer-turned-politician clarified that he never meant Kohli’s captaincy is “poor”, instead he only suggested that split captaincy model is the need of the hour.

“They can also consider split-captaincy. No one is poor. Rohit has shown in white-ball cricket how big the difference is between his and Virat’s captaincy. One player had led his team to five titles, the other hasn’t won yet,” said Gambhir, who led Kolkata Knight Riders to two IPL titles.

“I’m not saying this because Kohli is a poor captain. But he has received the same platform that Rohit has, so you have to judge both of them on the same parameters.

“Both have been captains in the IPL for the same length of time. I feel Rohit stands out as a leader.”

Vaughan took to twitter to back Rohit for the leadership role in T20 format.

“Without question Rohit Sharma should be the Indian T20 captain .. fantastic man manager & leader .. & he knows exactly how to win T20 games .. it would also give Virat chance to take a breather and just be the player .. it’s works for all other teams around the world ..#IPL2020,” he wrote.