Azam is now the skipper in all formats 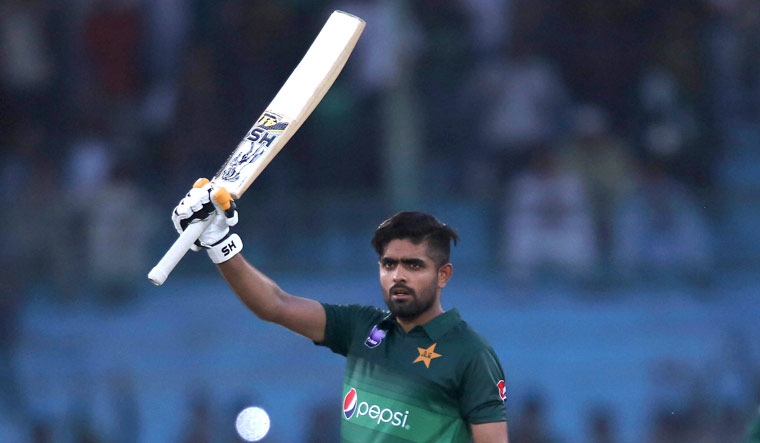 Pakistan Cricket Board on Tuesday sacked Azhar Ali as captain of the Test team, replacing the experienced player with white-ball skipper Babar Azam ahead of the upcoming tour of New Zealand.

PCB confirmed the development in a statement.

Babar, 26, is now Pakistan captain across all three formats and his first assignment will be the ICC World Test Championship fixtures against New Zealand, which will be played in Mount Maunganui and Christchurch from December 26-30 and January 3-7.

Azhar has been replaced despite PCB in May backing him as Test captain for the entire 2020-21 international season.

Azhar, 35 and Pakistan’s most experienced Test player in the current side with 81 appearances, has always been seen as the fall-guy in Pakistan cricket and he was informed about the PCB's decision after meeting with chairman Ehsan Mani on Tuesday in Lahore.

Azhar also led Pakistan in ODIs from 2015-2017 before deciding to step down due to poor results.

His removal came after he was appointed as Test captain last year and Babar captain in white ball formats in October following the decision by the board to sack wicketkeeper-batsman Sarfaraz Ahmed from all formats.

Azhar led Pakistan in eight Tests since last year but losing the series in England this summer led to his sacking although he scored a captain’s century in the final Test.

"I want to thank Azhar Ali for stepping up last year by captaining the side in what was a historic first home Test series in over a decade.

"I believe Azhar still has a lot of cricket left in him and Pakistan cricket can continue to make the best use of his experience and knowledge as a specialist top-order batsman moving forward," said Mani in a statement.

Talking about Babar, he said: "Babar Azam was identified at a very young age as a future leader and as part of his progression and development, he was appointed white-ball captain last year.

"With his consistent performance and leadership skills, he has demonstrated that he is ready to take on the additional responsibilities of a captain."

Babar said he felt honoured to have been appointed Test captain.

"I can now say with conviction that dreams can come true only if you chase them with honesty, dedication and commitment.

"I am ready and prepared to take up the additional responsibility and the thing that gives me additional confidence that I can do the job is the experience that is available to me in the changing room in the shape of the players and support staff."

PCB is sending a 55-member cricket contingent to New Zealand later this month. The squad will be announced later this week.