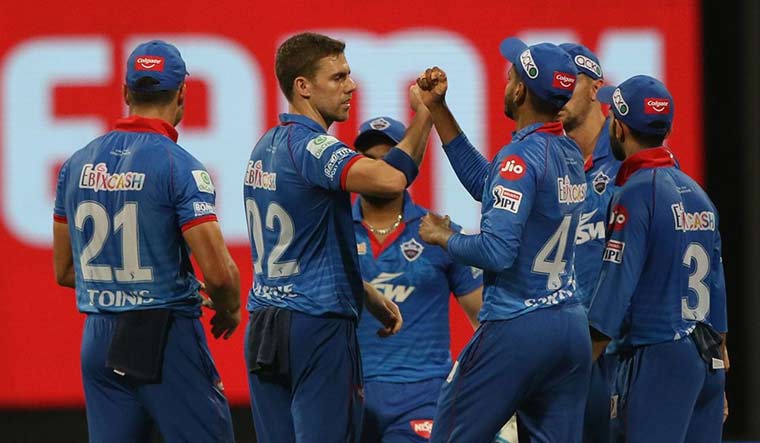 Delhi Capitals looked like serious contenders till their first nine games before their slump | iplt20.com

Peaking at the right time and with all their boxes ticked, Sunrisers Hyderabad are certain to hold sway over a dishevelled Delhi Capitals in the second Indian Premier League qualifier in Abu Dhabi on Sunday.

The past couple of weeks have been a picture in contrast for the two franchises.

After an underwhelming first half, Sunrisers Hyderabad started pushing the envelope with the mercurial David Warner marshalling his resources well.

Capitals, on the other hand, looked like serious contenders till their first nine games, winning seven in that phase before an inexplicable slump saw them lose five out of their next six matches with skipper Shreyas Iyer looking all at sea.

The current situation notwithstanding, young Iyer would want to lead the Capitals to their first summit clash in 13 editions while Warner wouldn’t mind adding another silverware to his 2016 triumph.

In fact, if he can win the next two games, Warner could boast of guiding comparatively one of the more inexperienced teams in this IPL.

For Capitals, the biggest worry has been their top-order woes―especially the first three slots where Shikhar Dhawan (525 in 15 games) has shone the brightest.

Prithvi Shaw’s (228 from 13 games) technique against top quality fast bowling has left a lot to be desired and Ajinkya Rahane (111 from 7 games) has had only one knock of note so far.

Something that would definitely worry coach Ricky Ponting is the number of ducks by the top-order―nine. Dhawan has four, Shaw has three and Rahane didn’t bother the scorers twice.

However, the bowling unit has done well save a few occasions like the first qualifier, where Mumbai Indians batting took them apart.

Kagiso Rabada (25 wickets), Anrich Nortje (20) and Ravichandran Ashwin (13) have done exceedingly well in most of the games.

Sunrisers’ batting line-up, which has gathered momentum over the last few games, is well aware of that, and ‘Orange Army’s premier all-rounder Jason Holder acknowledged the fact.

“What we have done in batting is that we have been aggressive upfront. David has obviously led the charge, well supported by (Wriddhiman) Saha.

“Jonny (Bairstow) has done an outstanding job and Manish (Pandey) has kept the momentum going,” Holder said when asked about their strategy to face DC attack.

“And then we have the level headedness of Kane (Williamson). Being good to come and finish games. So we don't play names, we see the ball and strike the ball,” Holder said.

“We have faith in (Shreevats) Goswami. He has been around for some time and we need to give confidence,” said Holder, whose 13 wickets in six games along with crucial middle- order contributions, has been the ‘x factor’ for his side.

Rashid Khan’s parsimonious economy rate of less than six runs per over, the unheralded T. Natarajan’s subtle variations and Sandeep Sharma’s ability to get some swing upfront only add to the strengths of Warner’s team.

For the Capitals however, the weak spots which they can exploit is the inexperience of two middle-order players―Priyam Garg and Abdul Samad―who are playing some of the biggest matches of their nascent careers.

In the event Capitals make early inroads, it will be a test of character for the young but talented duo.

Daniel Sams’ poor show with the ball so far is a concern for the Capitals and they might explore the option of bringing back Shimron Hetmyer in place of the left-arm seamer, which will also add some batting firepower.

In that case, Marcus Stoinis might have to bowl his full quota of overs alongside Rabada, Nortje, Ashwin and Axar Patel.