Kohli should be held accountable: Gambhir hits out

Kohli has captained RCB for eight years, failing to win the title every time 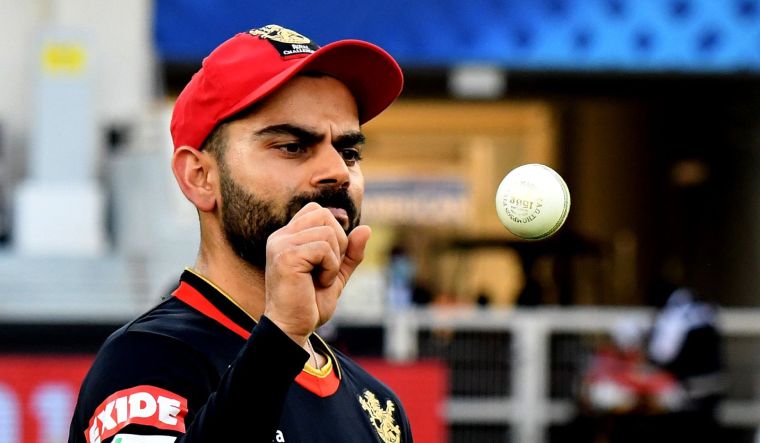 Virat Kohli must be held accountable for Royal Challengers Bangalore's (RCB) dismal performance at the IPL, says Gautam Gambhir. The former cricketer who won the IPL two times as captain has hit out at the RCB management for being lenient on Kohli. Kohli has captained RCB for eight years without winning the title. Gambhir's statement came after RCB were knocked out at the playoffs stage of the IPL by Sunrisers Hyderabad (SRH).

"Eight years is a long time. Lok at what happened to R Ashwin. Two years of captaincy, he couldn't deliver and was removed. We talk about MS Dhoni, we talk about ROhit Sharma, we talk about Virat Kohli...not at all. Dhoni has won three IPL title, Rohit Sharma has won four titles, and that's the reason they've captained for such a long time because they have delivered. I'm sure if Rohit Sharma wouldn't have delivered for eight years, he would have been removed as well. There should not be difference yardsticks for different people", said Gambhir to ESPNcricinfo.

RCB, along with Delhi Capitals and King's XI Punjab are the only three teams in the IPL  this season which haven't won a title. Both Delhi and Punjab have had change in captaincies. RCB's performance in the IPL have made them the underachievers despite having a star-studded squad. "You can keep saying 'we qualified for the playoffs and we deserved to qualify for the playoffs', absolutely not. RCB actually never deserved to qualify for the playoffs. If you see the last four or five games, and even that one Super Over against Mumbai Indians, they were very fortunate that Navdeep Saini bowled that over brilliantly. Otherwise they didn't have a great season. From the batting point of view and the bowling. Eight years is a long time. It's not that Kohli isn't experienced. He captains India, he captains whichever team he plays for, but you've got to give results, you've got to deliver. Sport is all about delivering", said Gambhir.

Following RCB's exit from the playoffs, England women's cricketer Aexandra Hartley took to twitter to express her disappointment. She tweeted "Will we ever win a title?"

We made one hell of a game out of it. @RCBTweets

In a stinging reply to the tweet, Kate Cross replied "Definitely Not' with a picture of Dhoni. The reference comes from Dhoni's response to Danny Morrison's question in CSK's final game of the season, "will this be your last game ever in the yellow". Dhoni's response 'defenitely not' went viral with it being the latest meme.