We couldn't have done anything more, up to Gods now: Morgan

"...whatever happens from here is up to the Gods" 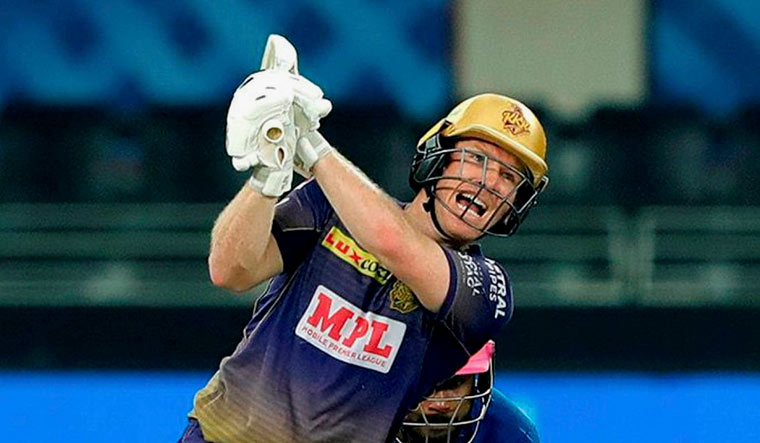 It's up to the gods now, said Kolkata Knight Riders skipper Eoin Morgan, expressing satisfaction with the effort put in his by his team to clinch a whopping 60-run win over Rajasthan Royals and keep its IPL play-off hopes alive in an immensely tight race.

KKR finished their league campaign with the big win on Sunday to get into the top four with 14 points. However, the team's qualification to the playoffs hinges on Sunrisers Hyderabad losing their final league game to defending champions Mumbai Indians on Tuesday.

"...whatever happens from here is up to the Gods," Morgan said at the post-match presentation ceremony.

"Yes, I was aware of the numbers (about net run rate) but you need to first get yourself into a winning position. I don't think we could have done anything more today," Morgan said.

In case SRH wins on Tuesday, KKR's chances of qualification will hinge on a heavy defeat for either Delhi Capitals or Royal Challengers Bangalore in their game on Monday.

Morgan smashed a 35-ball unbeaten 68 in his team's huge total, which the skipper said was a par-score.

"I thought it was around a par score. Every batsman who came back in and said that it was a beautiful wicket with the dew in. We lost wickets between 10th and 15th overs, and to finish like we did was really good," said Morgan.

The World Cup winner lauded the bowlers of his team.

"The impressive thing was our collective bowling. We were absolutely outstanding. Regardless of qualification, we feel we have given everything that we have," said Morgan at the post-match press conference.

"It was around a 180 wicket. There was a bit of dew. Losing four (wickets) in the Powerplay, it was always going to be tough from there," said the Australian.

"(Pat) Cummins bowled nice lengths, made us play some good shots. We got off to a flier, but then we lost wickets in a clump," Smith added.

"Unfortunate way to end. We started off really well, won the last two before this one. In the middle we lost our way."

Smith was not happy with the his top-order batsmen.

"Our batters, the top four or five didn't take responsibility perhaps. Couple of real positives. Jofra (Archer) has been exceptional pretty much every game.