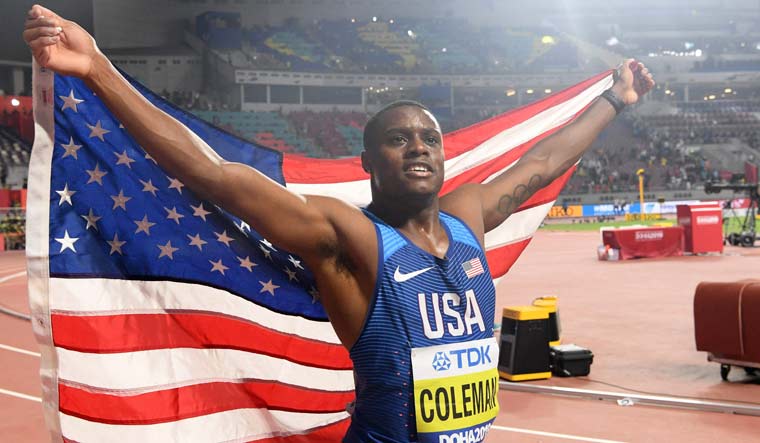 Track and field’s Athletics Integrity Unit said Coleman will be banned until May 2022, forcing him to miss the Tokyo Olympics next year.

The 24-year-old American sprinter had been provisionally suspended from competition since May. Weeks later, details of his three missed appointments with sample collections officials in 2019 were revealed.

Athletes face a two-year ban if they have three violations of so-called “whereabouts” rules in a 12-month period.

Coleman can appeal his ban at the Court of Arbitration for Sport.

He was favored to win Olympic titles after taking gold in the individual 100 and 4x100 relay at the 2019 world championships in Doha, Qatar.

Coleman was able to run there after a previous whereabouts case against him was dropped.

He got silver in both events at the 2017 worlds in London.