CSK, with 6 points, still have a theoretical chance to make it to the play-offs 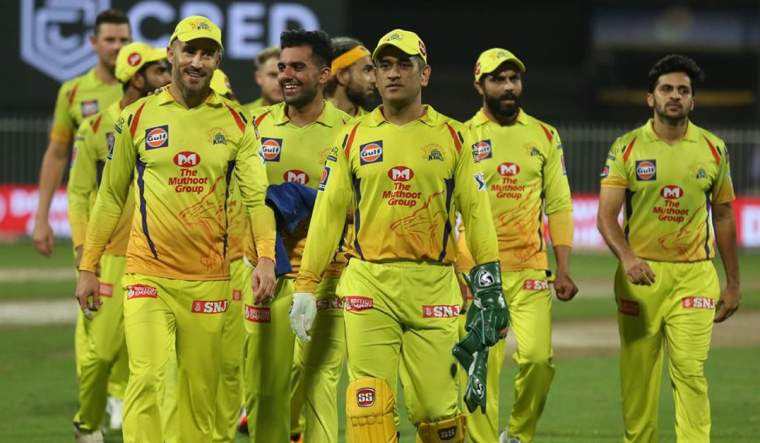 Chennai Super Kings have struggled in all departments in the current IPL | iplt20.com

Their house in complete disarray after eight defeats from 11 outings, Chennai Super Kings will look to give their forgettable campaign a semblance of respectability when they take on in-form Royal Challengers Bangalore in the Indian Premier League in Dubai on Sunday.

CSK, with six points from 11 games, still have a theoretical chance to make it to the playoffs, provided they do not lose any of their remaining three games, improve their net run-rate and all other match results go their way.

The three-time IPL winners have struggled in all departments of the game, leading to heavy criticism towards skipper M.S. Dhoni for not showing enough faith in the youngsters.

CSK brought in young Ruturaj Gaekwad and Narayan Jagadeesan against Mumbai Indians but both batsmen perished without opening their account.

The Super Kings batsmen were rocked by Trent Boult and Jasprit Bumrah’s devastating pace-bowling spell, slipping to 21 for five inside the powerplay.

Their bowlers also failed to make an impact as the “Yellow Army” suffered its first-ever 10-wicket defeat on Friday.

Sam Curran’s half century was the only saving grace for the CSK. With 173 runs and 10 wickets in 11 games, the England all-rounder has been their silver in a devastating season.

CSK is expected to continue giving opportunities to the youngsters, treating the remaining three games as an audition for the next season.

“We have to make the most of the next three games and it is good preparation for the next year. Identify the batsmen, who will bowl at the death and hopefully the players will soak up the pressure,” Dhoni said after the loss to MI.

They run into a RCB squad which has grown in confidence as the tournament has progressed. Virat Kohli and his men are placed third on the points table with 14 points, the same as the table toppers MI and Delhi Capitals.

They will aim to grab the two points on offer, while also trying to improve their net run-rate, which could play a vital role in deciding the top two teams heading to the playoffs.

RCB are coming on the back of two morale-boosting victories against Rajasthan Royals and Kolkata Knight Riders.

While AB de Villiers single-handedly fetched them the win against the Royals, pacer Mohammed Siraj tormented KKR by bowling a sensational spell, including a double-wicket maiden, in the eight-wicket victory over the two-time champions.

The pace trio of Chris Morris, Isuru Udana and Navdeep Saini have done well for the team, while spinners Washington Sundar and Yuzvendra Chahal have also proved effective.

RCB’s strong batting line-up led by captain Kohli has also lived up to the billing. Young opener Devdutt Padikkal has looked in good touch, while de Villiers has been a key player.

The two team’s last game against each other was also on this ground, with RCB inflicting a 37-run defeat upon CSK.