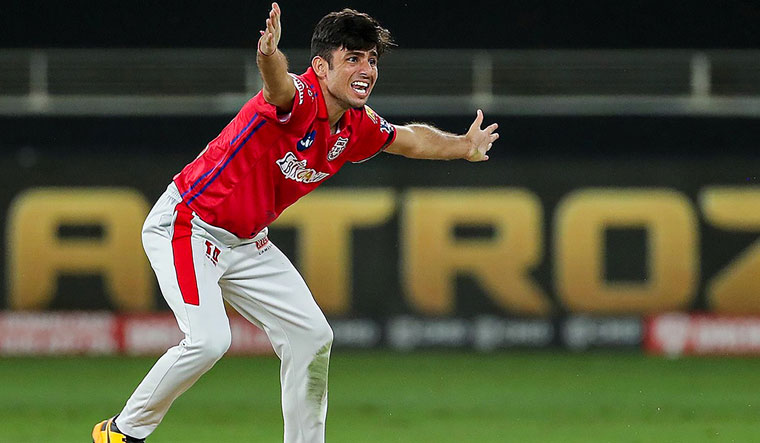 Chasing a modest total of 127 runs, David Warner started the innings strong for the Hyderabad side before departing for 35. However, Ravi Bishnoi managed to restrict the run flow, conceding just 24 runs in four overs.

The Warner-led side struggled in middle overs as the team lost wickets in quick succession. Vijay Shankar's (26) helped the side to steady the innings, but the wickets continued to fall, as Arshdeep Singh and Chris Jordan shared six wickets between them. Hyderabad could score only 114 runs in 19.5 overs.

Earlier, Hyderabad bowlers produced a clinical performance to restrict Kings XI Punjab to a modest 126 for seven. KXIP Skipper K.L. Rahul (27), Mandeep Singh (17) and Chris Gayle (20) all got starts but their innings never got going as they failed to grab the momentum.

The bowlers responded impressively to their skipper Warner's decision to field first, picking wickets at regular intervals to control the innings.