It was do-or-die game for me, says SRH’s Vijay Shankar 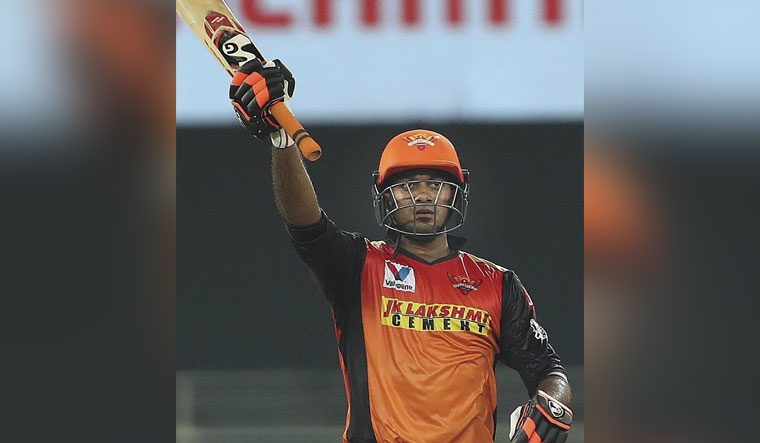 All-rounder Vijay Shankar says he treated the match against Rajasthan Royals as a ‘do-or-die game’ as his good show with both bat and ball may have saved his place in Sunrisers Hyderabad’s playing XI.

Manish Pandey (83) and Shankar (52) stitched an unbroken 140-run partnership to help SRH chase down RR’s 154 for six on Thursday.

The comfortable eight-wicket win lifted the team to the fifth spot in the eight-team competition with eight points from 10 games.

“If you ask personally it was a do-or-die game for me. That’s how I saw this game. I didn’t have the best of time with the bat, so I had to perform in this game and fortunately or unfortunately, we lost early wickets which made the team to send me up the order,” Shankar said at the post-match press conference.

The Tamil Nadu cricketer, who also picked up a wicket on Thursday, said the team should have previous couple of close games.

“We just slipped in the last minutes. A win like this will give confidence to each and every member of the team. We can win the remaining games and keep ourselves alive in the tournament,” he said.

After SRH lost two early wickets during their chase, Shankar said their plan was simple―forge a partnership and take the game as deep as possible.

“We wanted to take the game deep so I opened up and then we got few boundaries and it made things easier for us,” he said.

RR is currently languishing at the seventh spot with eight points from 11 games and the team’s head coach Andrew McDonald said the equation is simple from here on―win remaining three games and hope for favourable results from other matches.

“The challenge is pretty clear win three in a row and see where we are in the run rate. We have no option. It’s about continue to prepare, continue to believe that we are good enough. The team has nothing to lose,” he said.