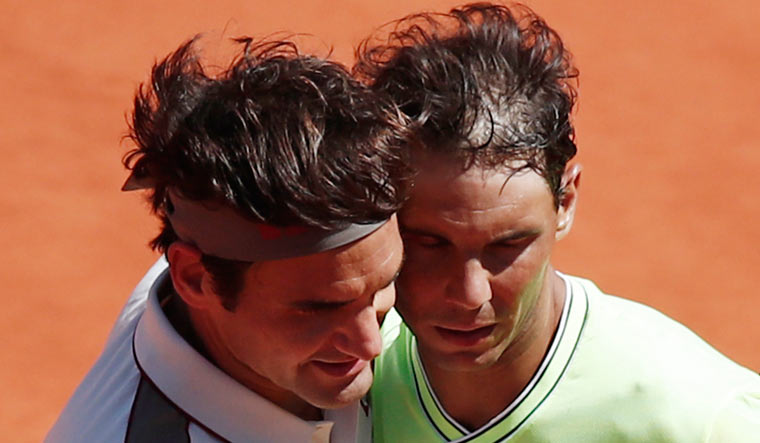 They might be the biggest rivals on the tennis court but Swiss legend Roger Federer and Spaniard Rafael Nadal have immense respect and affection for each other. Sunday saw Nadal winning the French Open – his 13th Roland Garros title – beating Novak Djokovic 6-0 6-2 7-5, and equalling Federer's record of 20 Grand Slam titles.

The Swiss great was quick to congratulate Nadal on drawing level with him for the first time in his career. "I have always had the utmost respect for my friend Rafa as a person and as a champion," Federer said on Twitter. "As my greatest rival over many years, I believe we have pushed each other to become better players. Therefore it is a true honour for me to congratulate him on his 20th Grand Slam victory.

It was the 100th win at Roland Garros for the 34-year-old, on Sunday. He did not cede a set in his favourite tournament this year. "It is especially amazing that he has won Roland Garros an incredible 13 times, which is one of the greatest achievements in sport. I also congratulate his team because nobody can do this alone. I hope 20 is just another step on the continuing journey for both of us," Federer said. "Well done Rafa, you deserve it."

Nadal, no. 2 in the rankings, improved to 100-2 at the French Open, including a combined 26-0 in semifinals and finals, and picked up his fourth consecutive title in Paris.

Federer, who turned 39 in August, missed the US Open and French Open as he was recovering from an injury, but will be back at the Australian Open next year.

Djokovic is third on the list with 17 Grand Slam titles.