Kenin will face Swiatek, who is the first Polish woman to reach the French Open final 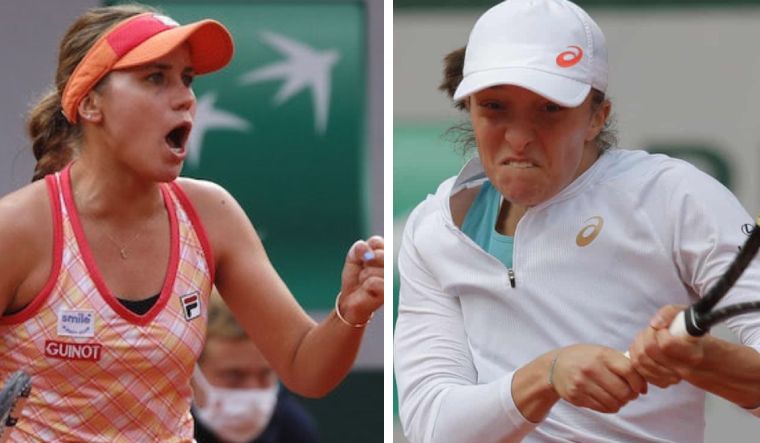 American tennis player and the 2020 Australian Open winner Sofia Kenin cruised into her second grand slam final of the year, setting up a summit clash at Roland Garros against Polish teenager Iga Swiatek.

The 21-year-old will face on Saturday 54th-ranked Swiatek, who is the first Polish woman to reach the French Open final after defeating Argentina’s Nadia Podoroska 6-2, 6-1 in the semis.

Swiatek is also the lowest-ranked women’s finalist at Roland Garros since the WTA computer rankings began in 1975.

Kenin’s game was strong from the start as she raced to a 4-1 lead in the first set, and got the better of Kvitova, who was playing her first semifinal at Roland Garros since 2012.

The Czech player lost her serve to fall 3-2 behind in the second set before breaking her serve again and Kenin breezed her way to a crushing victory.

Meanwhile, Swiatek routed her opponent and proved too good for Podoroska, ranked 131st in the world. The 19-year-old came out firing and Podoroska dropped her opening service game and consequently, which led to Swiatek wrapping it up in a little over 30 minutes.

The second set too stared on a similar note, with Swiatek sending a forehand down the line to move a break up in Podoroska’s first service game. However, the lopsided contest ensured that the Polish teenager cruised into her first grand slam final.