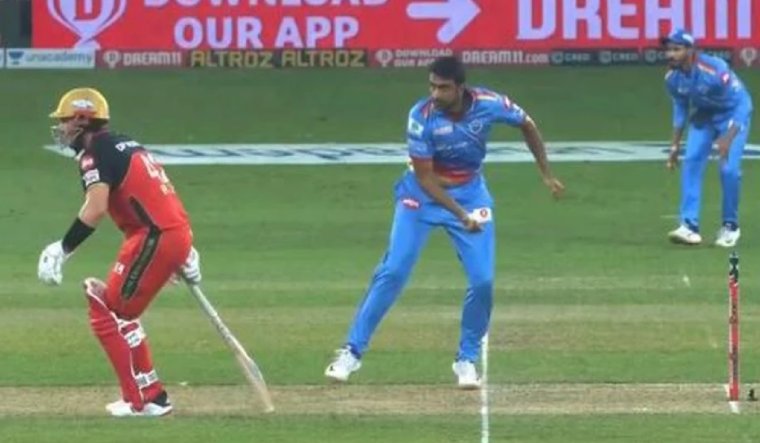 The ‘Mankading’ episode is back in the limelight in the current edition of the Indian Premier League, with Delhi Capitals’ bowler Ravichandran Ashwin giving a “first and final warning” after Royal Challengers Bangalore’s Aaron Finch backed up too far at the non-striker’s end during their IPL match earlier this week.

Last year, the then Kings XI Punjab captain caused a rift in the cricket fraternity when he dismissed Rajasthan Royals’ Jos Buttler by removing the bails off the non-striker’s end after the English batsman stepped out of the crease before the ball was bowled. Many slammed Ashwin for his “low act” that was considered against the “spirit of the game”.

Following long discussions with former Australian cricketer and DC head coach Ricky Ponting, Ashwin had refrained from using the ‘Mankad’ method to dismiss Finch, and simply gave a warning to his “good buddy”.

“Let’s make it clear!! First and final warning for 2020. I am making it official and don’t blame me later on. @RickyPonting #runout #nonstriker @AaronFinch5 and I are good buddies btw,” Ashwin had tweeted after the incident.

Ashwin has now stated in an episode of ‘Hello Dubaiaah’ posted on his YouTube channel that he can’t police players every time a batsman backs up too far at the non-striker’s end.

“Can’t stop thefts till thieves repent. I cannot be police forever,” he said, citing an adage in Tamil. He added that Ponting is in talks with the ICC committee for a run penalty if the batsman backs up too far.

“I tagged Ponting in the tweet. After the match, he said he would have run him (Finch) out. ‘A wrong is a wrong no matter who does it,’ he said. He said he’s talking to the ICC committee about a run penalty. He said he is really trying hard to keep his word,” Ashwin narrated in the video for a match preview for the CSK-KKR game with analyst Prasanna Agoram and stand-up comedian Praveen Kumar.

On Finch, Ashwin revealed that they have been good friends since their KXIP days.

“That’s why I announced that it was a final warning,” Ashwin said, and quoted a Tamil movie dialogue. “‘Punishment should be severe’. If you leave the crease prematurely, dock 10 runs for them. Nobody would back up after that. Dismissing a batsman in this manner (with Mankading) doesn’t require skill. But if batsmen keep doing this, then bowlers are not left with much option.”