Dembele not up for grabs: Barcelona on transfer rumours

The Frenchman has been eyed by Manchester United 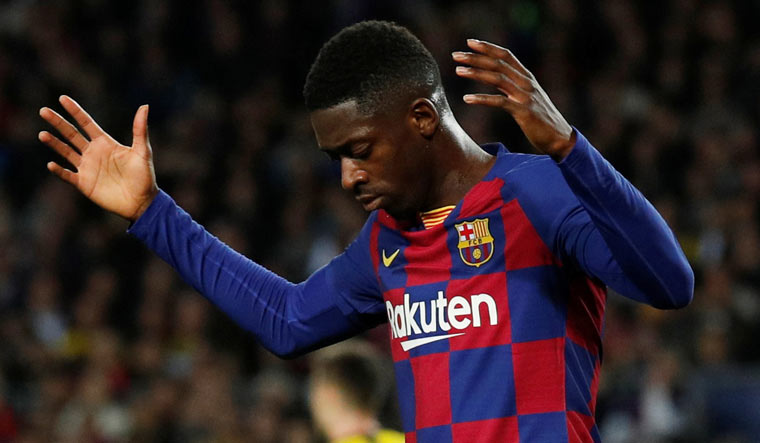 Ousmane Dembele is not up for grabs. That is the strong message coming from Barcelona. Technical secretary Ramon Planes has played down rumours of a possible exit for the twenty-three-year-old Frenchman. Dembele had been linked with a move to Manchester United who have long admired the forward.

“Firstly, there is no negotiation. He is a player we can count on and as Ronald said, we know his potential and I am convinced that he will have a great year with us,” said Planes during a press conference to launch teenager Sergino Dest. Speculations have been rife over the past few weeks of Dembele moving out of the club. Fellow Frenchman and Manchester United player Paul Pogba had been rumoured to convince Dembele to shift to Manchester United.

After a disappointing 2019 season, where they finished second to Real Madrid, Barca have managed to have a good start winning both of their opening games. They have scored seven goals in two games and have conceded none. After a turbulent pre-season, which saw Suarez and Rakitic leave, Messi expressing his desire to leave and the sacking of former coach Setien, Barcelona seemed to have found its groove under new coach Ronald Koeman. Under Koeman, Ansu Fati, Greizmann, Dembele and Messi all seem to be playing much better. Dembele has already found the net once this season. He has missed out on most of the playing time since his arrival in 2017 due to injuries and will be looking to turn things around in the 2020-21 season.