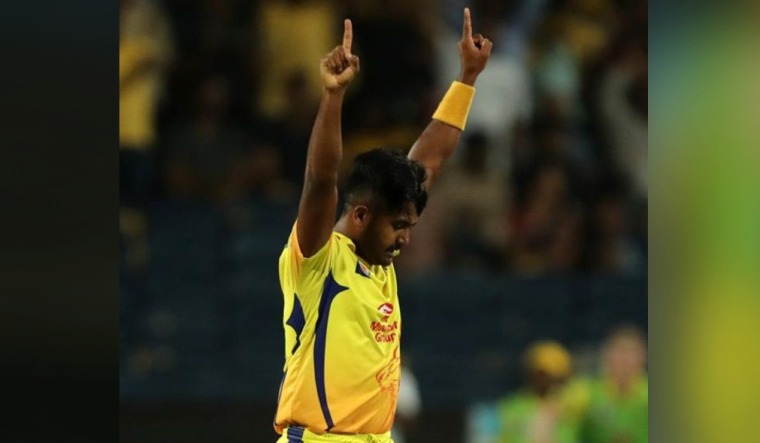 Chennai Super Kings has faced a few setbacks in Indian Premier League this season—before the start of the tournament, several members of its contingent tested positive for the coronavirus; the team has had a wobbly start to the season, winning the opener against Mumbai Indians, but losing two matches back-to-back against Delhi Capitals and Rajasthan Royals.

Now, if reports are to be believed, CSK pacer K.M. Asif has breached the bio-secure bubble protocols, possibly becoming the first player in the IPL to do so.

Asif has reportedly undergone a six-day quarantine period as per rules and is back training with the team. The Indian Express reported that Asif had misplaced his hotel room key and went to the reception to get a replacement. This has been termed as a breach of protocol as the reception area doesn’t come under the designated bubble for the team.

However, CSK CEO Kasi Viswanath has rubbished such reports. He explained that Asif would not go to the general staff at the reception area when the team has been provided with a different team of staff.

“The boys know that there is a dedicated team working with the players. The fact that he (Asif) lost the key and went and asked for a replacement is true. But he didn’t go to the regular staff working and went to the designated desk. The matter has been blown out of proportion and facts need to be kept in mind,” Viswanath said.

He further said that he himself doesn’t enter the bubble designated for the players, and it is different from the one for officials.

“We all know the gravity of the situation and how the coronavirus is deadly. In fact, I myself have not entered the floors where the players and support staff are staying. Their bubble is different from the bubble created for the officials,” he said.

CSK, who are currently last in the points table, will take on Sunrisers Hyderabad on Friday.