Not surprised at all by Devdutt’s aggressive hitting: Finch 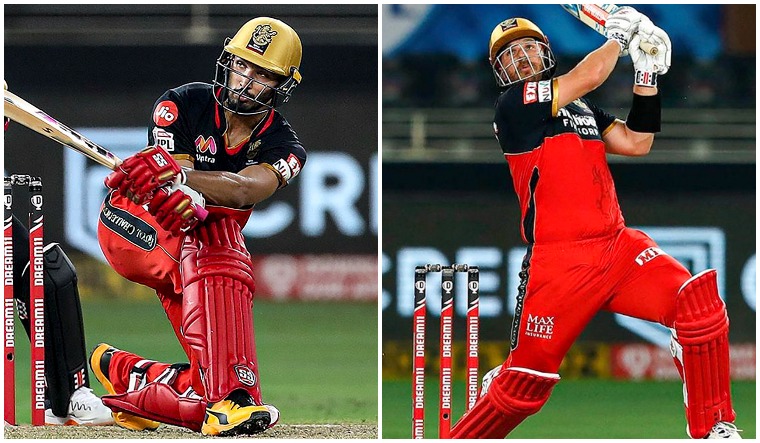 Australian limited overs captain Aaron Finch seems to have settled down well in his new team, Royal Challengers Bangalore. In their first outing, against Sunrisers Hyderabad, the senior batsman played the anchor role, backing and supporting young Devdutt Padikkal, who tore into the SRH attack from the word go. The duo put on 90 runs for the first wicket, with the youngster being the aggressor, scoring 56 runs.

Finch, in a media interaction on Wednesday evening from Dubai, hailed Padikkal's composure and self-belief. "His composure under pressure was really important. At the start of the innings, he was obviously a little bit nervous but he played his natural game and the way he structured his game and plans, the way he carried himself, it was really impressive. Once his innings started, he grew in confidence. It was impressive, too."

Asked whether he was surprised at the aggressive batting style of the 20-year-old, Finch said, "No, I wasn’t surprised at all, having seen footage of his in domestic cricket. He is an aggressive opening batsman, and he has done really well in U-19 and domestic cricket. I was just very happy he played his natural game. The conversations we had in the middle were about the game scenario, who we were matching up against and where and what areas we would target."

So, would this be the template for RCB—to have him play an anchor's role while Padikkal continues to be the aggressor? "Whatever the team needs me to do, I try to do the best I can,” Finch said. “My job was to get him back on strike and let him keep playing. But there will be some days when the roles will be reversed. I will get off to a flier then our partnership becomes really important again. I think my game has evolved probably by playing more and more T20 cricket—you understand roles, game scenarios little bit more. Hopefully, I will contribute heavily for RCB."

Finch has been part of several IPL franchises. He started with Rajasthan Royals, then went to Delhi Daredevils followed by a stint with Pune Warriors India and then, Sunrisers Hyderabad. He was with Mumbai Indians since 2015. A hard-hitting, explosive batsman himself, he is relishing the idea of playing with lot more freedom, considering the ones to follow him in the batting line-up are AB De Villiers and Virat Kohli.  "Obviously, it’s very exciting, and it’s something I have been looking forward to. They are great players. We have a lot of strength in our team; we are not just relying on two players.”

However, with Kohli clearly the boss of the team, aided by new support staff comprising former New Zealand coach Mike Hesson as director of cricket operations, and former Aussie all-rounder Simon Katich as head coach, Finch does not see a big leadership role in RCB, thus allowing him to focus on his role. "Having quite a few senior players there, who have played a lot more international cricket and IPL, it’s just about helping each other. If there is an opportunity where we can give an input, great. But sometimes, too many inputs can confuse a little bit. It’s about making all plans and preparations beforehand. It’s great to be able to worry just about playing and not captain the side."

Having played their first match and assessed the conditions, Finch said that dew would end up playing a major role as the IPL progresses. "Dew will play a big part in the tournament. As games go on, wickets will get slower and dew will become an important factor. We have to play, no excuses, and have to adjust and come up with plans and processes to be successful in all conditions."

Finch also brushed aside concerns related to the sandy surfaces which has made it tough for cricketers to slide or field on. He gave full credit to the ground staff of all three stadiums in Dubai, Abu Dhabi and Sharjah and said that the sandy grounds could not be blamed for injuries. "No, I think they are doing as well as they can. Mitchell Marsh’s injury was a freak accident; nothing to do with the ground. We are very grateful just to be able to play in these three venues."

RCB will play their second match of the IPL 2020 against Kings XI Punjab in Dubai on September 24.