Delhi Capitals will take on Kings XI Punjab on Sunday 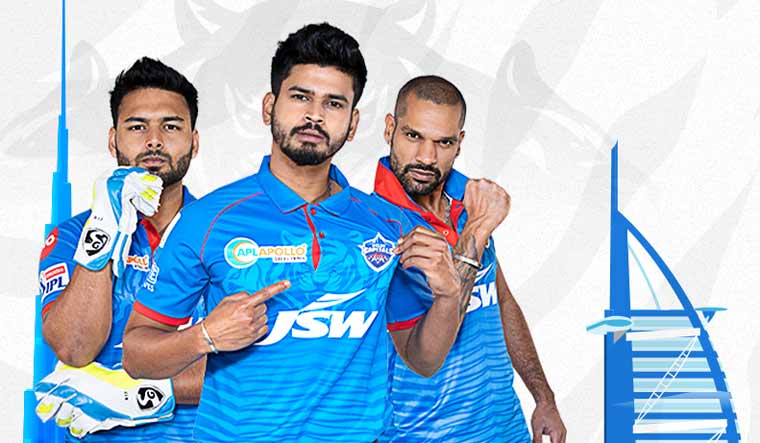 For a team which has seen massive ups and downs in terms of performances, Delhi Capitals' quest for that elusive title resumes in the latest edition of Indian Premier League. However, with former Australian skipper Ricky Ponting as the head coach, the franchise is looking settled and clearer about the pathway. The last season saw the team, led by the young Shreyas Iyer, enter the play-offs and finish at number three. The new season will be all about consistency and consolidation. "I have got pretty high expectations of what this team can achieve this year. I have got high expectations of what our players can achieve (individually)," said Ponting, the former world cup winning Australian captain.

With the IPL happening in UAE due to the COVID-19 pandemic, the planning and preparations have altered dramatically for all the teams, but Ponting says his team is as ready as it can be to kick off its IPL campaign in style. It takes on another title hunter, Kings XI Punjab, which is helmed by none other than former India captain and coach Anil Kumble. Ponting and Kumble have had a long history of competing against each other—both equally tough competitors in their own right and adept at strategising and plotting the opposition's downfall. The Sunday face-off will be all about the the brand of hard-fought cricket the duo bring to the IPL.

On the Kings XIP match and team, Ponting said, "The one thing different about this IPL is every team is strong. We can guarantee every other squad is the same (in terms of strength and flexibility). I am looking forward to the challenge like all other players are. It doesn't matter who we play, we prepare for every game same way, make sure (we) ticked off all boxes."

Speaking to the media ahead of the team's first game against Kings XI Punjab in Dubai on Sunday, Ponting expressed satisfaction with the team's preparations. All eyes will be on wicket keeper-cum-aggressive batsman Rishabh Pant, for whom the new cricket season starting with IPL could well be career defining.

The Aussie legend said he has been watching Pant closely during training sessions for over a week and he believes the youngster is all set to come up with an impactful performance for Delhi Capitals, like he did last year. "Every season, game these guys play are important; personally more so for Indian guys than the rest. We, the coaching group at DC, don't put any added pressure on any of our guys. We try to take as much pressure off them and prepare them as much as we can for the first game. Go out there and express themselves. I am sure Rishabh will be looking to have a big IPL tournament as he did last year . Watching him playing last week, I think he has turned a corner. I am expecting him to have a really big impact on the tournament. We know he is a match winning player and if he can win us same amount of games he won us last year, that should hold us in good stead,"said Ponting.

Pant, often under scrutiny for flattering, only to deceive with the bat, has always had sky high expectations of him. Indeed, it will be a crucial IPL season for the explosive young batsman who will look to allay all criticisms about his 'inconsistent performances' especially while playing for India. He had a somewhat middling IPL 2019 where he scored 488 runs from 16 matches, scoring three half centuries with a highest score of 78 not out. This was not as impressive a season as the previous one in 2018, where he scored 684 runs from 14 matches, including one century and 5 half centuries.

Ponting believes the balance and flexibility in batting will help realise DC's plans to be IPL champions this year. Terming the team's preparations “exceptional,” Ponting said, "We have a balanced squad. We have lot of competition in slots, flexibility in our batting order. Having someone like Ajinkya Rahane come into our squad gives depth to our batting, our top order; Shikhar was as good as anybody in opening the innings. Prithvi looks a better player, training exceptionally well; Shreyas has had best ever 12 months cementing his place in Indian team; Pant, Marcus Stoinis, Alex Carey, Shimron Hetmyer we have lots of flexibility there; good combination of right hand and left hand as well. The likes of Axar Patel, Harshal Patel, we feel we have got a lot of bases covered. I am not sure I have seen a group train and prepare as well as this team has. I am really excited about our batting group and our top order particularly can bring in the IPL this year."

Elaborating on how different the conditions in UAE will be as compared to those in India, Ponting felt the first half of the tournament will see the pace bowlers in action. Wickets in UAE are expected to be on the slower side as compared to batting friendly conditions in India. Added to that is the heat. Traditionally, team totals have been smaller than the 200-plus scores common at home. "I think the conditions might change quite a bit through the tournament. Here in Dubai, only 24 games can be played at the stadium, I was speaking to the curator; he has only got four wickets. Which means five or more matches on one pitch each. There was bit of grass on wicket on main ground, but when the game comes along, they might cut that off. I think initial part of tournament, we might see seam bowlers have an impact. As tournament progresses, the wickets will slow down, spin bit more. That is what we have figured out. I am expecting that certainly in first half; there won't be much of spin on offer here in Dubai, "said Ponting.

According to skipper Iyer, the key takeaway from the 2019 season is do well and make it to the good team environment. “We were a great bunch of players, no one complained at any point in the season. There was no complacency. Every individual took responsibility. We stuck together as a family, took the good and the bad results together."

Ponting denied that there was any pressure on the players regarding how they play. External factors are different."No crowds on grounds puts less pressure on players. For us, it is just about giving the team the best chance to perform at high level and we certainly have been able to do that with our training."

Ponting is clearly the boss of the DC team and he has pretty much laid down the law as far as Mankading goes. On having a talk with off spinner Ravichandran Ashwin on the sticky issue of Mankading, Ponting laughed and said he had more than one talk on this with Ashwin. "He is pretty clear the way we want to go about our cricket here at Delhi Capitals. It was decided when it happened last season by the group, not me. We didn't want to play that way. I understand why Ashwin did it, but also he understands the way we want to play our cricket at Delhi,"said the DC head coach.

The DC team will have a meeting on Saturday evening with team doctor and physio regarding clarity on issues like saliva ban. "We are having a health and safety meeting today where our doctor and physio will talk about these things. I know there are quite hefty fines if player doesn't adhere to the bans. We are looking for clarity; is sweat allowed for instance? But generally, if you compare a T-20 match to a Test match, there is a lot less attention paid to the ball in a T-20 match than vis-a-vis trying to maintain a ball in a Test match," Ponting said.