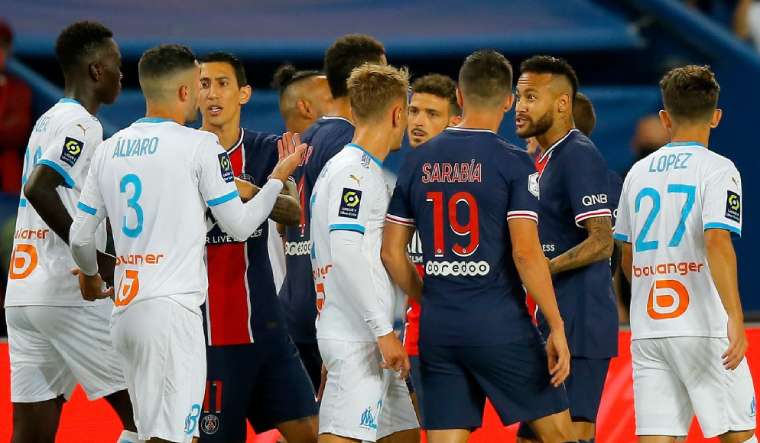 Paris Saint-Germain has said it strongly supports its star player Neymar Jr who claimed he was racially abused by Olympique de Marseille player Alvaro Gonzalez during their Ligue 1 match. Neymar, along with four other players, were sent off following an on-field scuffle during Sunday’s match at Parc des Princes.

PSG said that it expected the LFP, the governing body of top French leagues, and the French federation to investigate the incident.

“Paris Saint-Germain strongly supports Neymar Jr. who reported being subjected to racist abuse by an opposing player,” the club said in a statement.

“The club restates that there is no place for racism in society, in football or in our lives and calls on everyone to speak out against all forms of racism throughout the world.

“For more than 15 years the club has been strongly committed to the fight against all forms of discrimination alongside its partners SOS Racisme, Licra and Sportitude.

“Paris Saint-Germain looks forward to the LFP’s Disciplinary Commission to investigate and ascertain the facts, and the club remains at the LFP’s disposal for any assistance required,” it said.

Neymar received a red card after a video replay showed him hitting Gonzalez on the back of his head. He then told match officials that he was racially abused by the Marseille player.

The Brazilian later went on Twitter to say that his only regret is he didn’t punch Gonzalez in the face.

Gonzalez also took to Twitter to deny Neymar’s claims, saying, “Sometimes you have to learn how to lose and accept it on the field.”

The tense clash on Sunday between the bitter rivals saw a dozen yellow cards and five red as players exchanged punches and kicks on the field.

Marseille, meanwhile, have backed Gonzalez and stated that he has “demonstrated (that he is not racist) to us by his daily behaviour since joining the club, as his teammates have already testified”.