Both Nagarkoti and Mavi were hampered by injuries 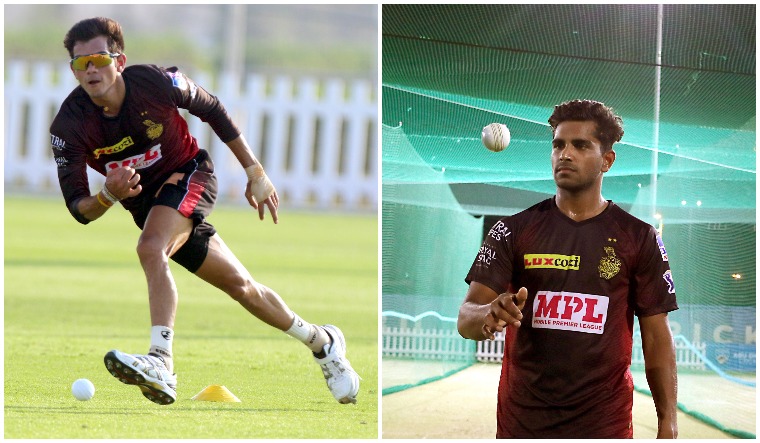 Injuries in the early part of a teenage cricketer’s career can be devastating. Especially when he is on the cusp of a promising IPL season. No one knows it better than Kamlesh Nagarkoti, the ICC U-19 2018 World Cup bowling sensation. Drafted as an uncapped player by Kolkata Knight Riders in the 2018 IPL, all his hopes of meeting the expectations were dashed because of a back injury that forced him out of action for more than a year. The franchise, however, did not drop him like a hot potato but instead, supported him through his recovery and rehabilitation.

KKR did the same with another U-19 star all-rounder Shivam Mavi, who too has had a stop-start transition to senior ranks, because of injuries.

The duo are now raring to prove themselves in the upcoming edition of the IPL in UAE, conditions notwithstanding.

Nagarkoti, 20, said the hard knocks have been an important learning curve in his young career. "I have learnt to be strong. I know that whatever has been lost, won’t come back but as a medium pacer, injuries are bound to be part of my career. One has to take these in a positive manner. If you work hard enough, you can become even better,” he told THE WEEK.

Nagarkoti spent the time out of action with physios, strength and conditioning coaches, and bowling coaches at the National Cricket Academy, Bengaluru, and later at the KKR Academy at DY Patil Stadium. While the teens were about running hard and fast and aiming for the stumps, the injuries taught him that to graduate to top level, a lot more effort beyond just bowling, goes in. "For an athlete, diet, sleep and nutrition really matter. If you want to have a long career, you cannot only depend on skill but need to be fit and have a routine. If you follow a routine, you can become an extraordinary player. To become a good player, one has to focus on all things."

Recalling the time spent with Nayar, Nagarkoti said, "When I came back post my injuries and started playing at DY Patil stadium, Abhishek bhaiyya was there. He told me that I have to be aware of how much load my body can take. I learnt many things in both batting and bowling and made a few changes which really helped me. Whenever I would talk to him, I would feel really good, my mindset would be very positive. He spoke to me about what mindset to have while playing IPL matches," said Nagarkoti.

His World Cup-winning teammate Mavi, too, has had to undergo a long lay-off due to a stress fracture in his back, since December 2019. He was picked up by KKR for the 2018 IPL, for Rs 3 crore, after he made headlines with his pace, breaching the 140kmph mark consistently. The Noida lad’s debut IPL season was a bit underwhelming but was nevertheless a good learning experience for him. He took five wickets in nine matches. In fact, the delay in IPL has allowed him to be fully fit and ready for action. But, the lockdown proved to be a speed breaker in his return to his earlier bowling rhythm. "It became quite difficult to get the same rhythm after a long break but Abhishek Nayar got us to play many practice matches to help us get it back," he told THE WEEK.

KKR have an embarrassment of riches when it comes to pace bowling options. Lockie Ferguson, Pat Cummins, Andre Russell, Ali Khan make up the foreign recruits, while Sandeep Warrier, Prasidh Krishna make up the Indian pace attack alongside Mavi and Nagarkoti. It remains to be seen how bowling coach Kylie Mills and head coach Brendon McCullum manage the two youngsters.

"You learn a lot while working with such experienced names,” Mavi said. “You become aware of your injuries, how to recover or avoid injuries. I made some changes in my action post injury. I was helped by Kyle Mills and now I feel much better while bowling," he said.

The duo go into the IPL with a new-found determination and focus to grab the opportunity with both hands. Not just as payback for the faith that KKR have posed in them, but also with the ultimate aim of getting noticed for the ultimate prize—the Team India cap.