Messi back to training after decision to stay with Barcelona

Messi told the club he wanted to leave on August 25 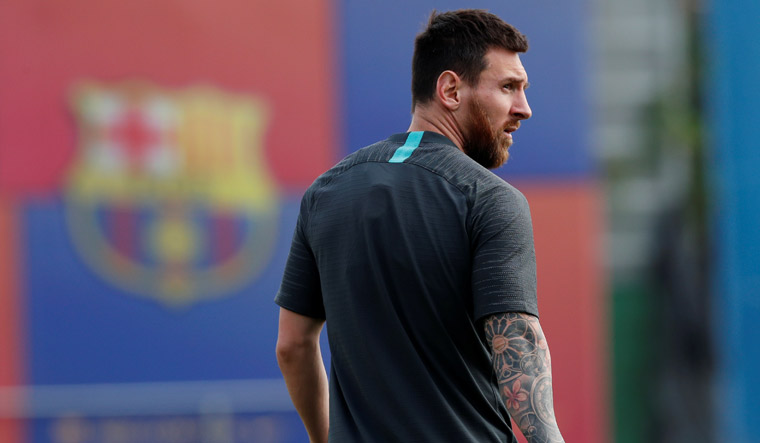 Lionel Messi returned to training with Barcelona on Monday, almost two weeks after he had told the club he wanted to leave.

After reluctantly changing his mind, Messi was back with the team to prepare for the new season. He practiced separately from the rest of the squad because he still needs to undergo a second coronavirus test before rejoining them.

Messi said last week he wasn't happy with Barcelona but would rather stay than get into a legal battle with the club. Messi wanted to leave for free but the club said the contract clause he invoked had already expired, so he has to stay at least until the end of his contract in June 2021.

Messi told the club he wanted to leave on August 25 and had not reported for the squad's required coronavirus testing a week ago. He also had not showed up when his teammates resumed training last week.

The Spanish league begins this weekend, but Barcelona will not start its season until the end of the month with a home game against Villarreal.