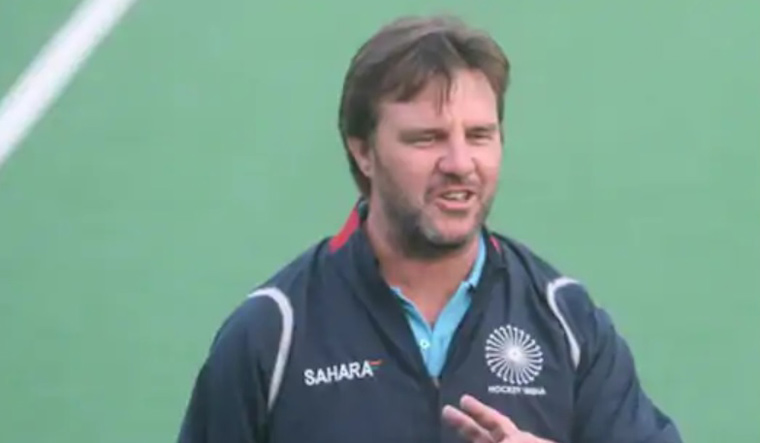 Hockey India's High Performance Director David John may have decided to call it quits days after his contract was renewed, but Sports Authority of India will not take a call on it in a hurry. John and Hockey India have not been seeing eye to eye for some time now and it was, reportedly, a mutual decision to part ways.

The differences between John and Hockey India top brass have, reportedly, been growing for some time. The immediate cause for John's decision to resign, allegedly, was his "refusal to attend HI office in Delhi where he is presently based or go to various camps or training centres as per HI official's wishes”. Reportedly, HI officials are only too happy to let him go.

However, officials in the Sports Ministry and the SAI are not happy with the development, reportedly, as it comes too close to the Tokyo Olympics next year, and finding a replacement for such a key position related to development of the players, teams and the game, in general, just ahead of Olympics, would not be easy. John was also given the task of conducting and revamping SAI hockey coaches' training programme.

John's decision raised eyebrows in the Sports Ministry and SAI corridors, since his contract was renewed only earlier this month by the SAI. Ever since the nationwide lockdown was announced, John has been based in New Delhi and conducted online courses for coaches and programmes for players. Apparently, he was frustrated due to the limited role he had been given off late. He has been increasingly sidelined by the HI when it came to working directly with the senior men's and women's national teams.

It is surprising that his "limited role" was not discussed or pointed out before the renewal of his contract with the SAI. As per sources, SAI will consult all concerned parties as well as discuss the matter internally before taking a call.