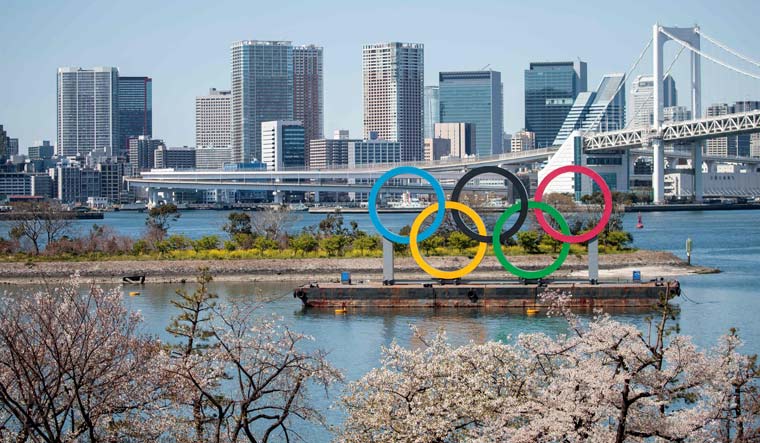 The Olympic rings installation on a barge in Tokyo Bay set up for the 2020 Olympic Games was temporarily removed on Thursday for “maintenance”, as per officials, who added that it will return in time for the event next year. The barge was steered out of the Odaiba Marine Park using small tugboats.

A spokesperson for the Tokyo Games, Masa Takaya, said that it is not a permanent removal, as per an AP report.

The Tokyo Olympics were postponed for a year in March because of the coronavirus pandemic. The Games have been rescheduled to open on July 23, 2021. The Paralympics follow on Aug. 24.

The Olympic Rings, standing 15.3m tall and 32.6m wide, was installed seven months ago for the Summer Games. It will be cleaned and undergo a safety inspection before being re-installed in December, organisers said.

The report quoted Atsushi Yanashimizu, an official with the Tokyo government, as saying that the rings will “be reinstalled in four months of maintenance work with the hopes of bringing excitement to the Games, and to convey the appeal of the city of Tokyo and the Games through this symbol.”

No further details or specifics about organising the Games next year have been released. Japanese media have reported that the delay will cost around USD 2 billion to USD 26 billion.