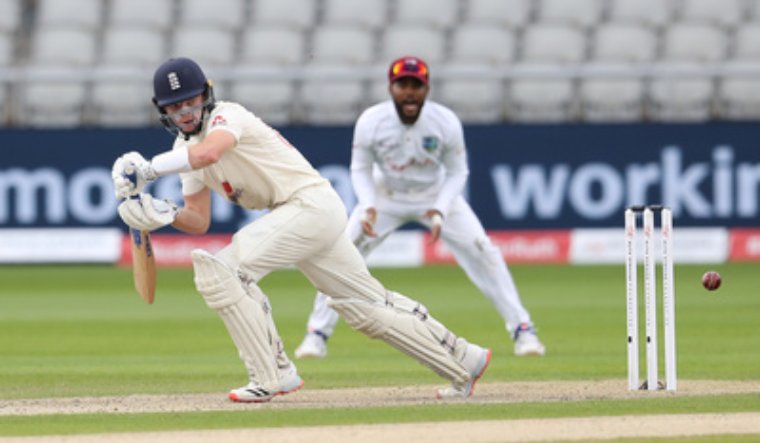 After the West Indies removed England’s top order, Ollie Pope and Jos Buttler led the fightback as the hosts scored 258/4 as bad light curtailed day one of the third and final Test of the three-match series in Manchester on Friday.

West Indies chose to bowl first after captain Jason Holder won the toss, and managed to get crucial wickets early on, including that of England captain Joe Root and Ben Stokes, as the top order teetered.

After losing Dom Sibley, Rory Burns and Root had put on 46 runs for the second wicket, but a quick run in the 21st over proved costly as Roston Chase’s direct throw showed the door to the captain. Lurching to 92 at the end of the 35th over, England lost Stokes to Roach, and soon, Burns followed suit after being caught by Rakheem Cornwall.

Pope and Buttler, however, stepped up and the duo have put up 136 runs on the fifth-wicket partnership, taking England to a respectable score at the end of day one. Pope is just nine runs short of his second Test century, and will look to reach the milestone on day two.

However, West Indies, after a strong and promising start to the match, will also look to bounce back. Kemar Roach took 2/28, including the wicket of Stokes who was the star of the second Test match at Old Trafford, which England won by 113 runs.