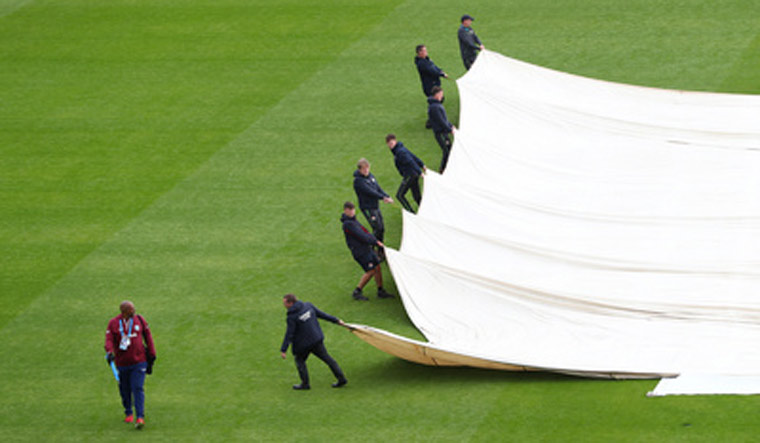 Rain prevented any play on the third day of the second cricket test between England and West Indies in Manchester on Saturday.

England, trailing 1-0 in the three-match series, now has only two days left to force a victory.

West Indies will resume Sunday morning on 32-1 in reply to England's first innings 469-9 declared, with Kraigg Brathwaite six not out and nightwatchman Alzarri Joseph unbeaten on 14.

Jos Buttler also made 40 and Dom Bess finished unbeaten on 31. Off-spinner Roston Chase was the most effective West Indies bowler. He took 5-172 and paceman Kemar Roach picked up 2-58.

The third and final match is also in Manchester.