All eyes on Ganguly, Shah as BCCI apex council meets to discuss IPL, and more

Shah’s tenure was over in May, while Ganguly’s tenure is set to expire this month 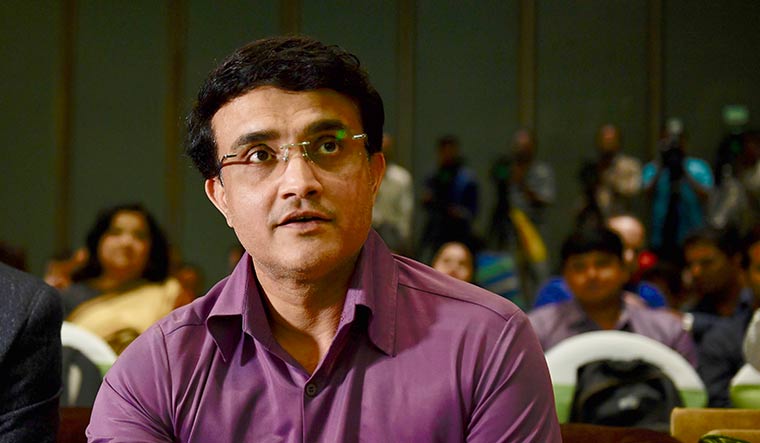 The apex council of the Board of Control for Cricket in India is set to meet on Friday to discuss several important issues related to resumption of the sport in India. The coronavirus pandemic has brought all cricket activity in the country to a standstill over the past four months.

Topmost on the agenda is the scheduling of the Indian Premier League 2020 as well as plans for the imminent domestic season and rejigging the Future Tours Programme of the senior Indian team, which was affected due to the global lockdown. Also, on the agenda will be starting the search for a new CEO, CFO and fill other vacant positions.

As far as the IPL is concerned, the BCCI is unlikely to make a formal announcement tomorrow, as the ICC is yet to officially postpone the ICC T20 World Cup, to be held in Australia in November this year. The cancellation is a near certainty, with the ICC executive board set to meet and take a final call on the same on Monday afternoon. The window will then be available to the IPL. Australia, especially Melbourne, has seen a surge in the COVID-19 positive cases. Cricket Australia has already expressed its doubts over hosting the competition this year and wants a new window either in 2021 or 2022. BCCI president Sourav Ganguly will represent the Indian board at the ICC meeting.

The BCCI apex council, meanwhile, will discuss the possibility of organising IPL in India or abroad. THE WEEK has reliably learnt that the UAE will be the likely destination, given that the Gulf kingdom has COVID-19 in control. Also, holding it in a bio-secure environment is more probable in Dubai than in India at present. In fact, the chances of the IPL in India are nearly non-existent, with the COVID-19 positive cases on the rise every day.

“The BCCI is unable, at the moment, to even call for a camp of its centrally contracted players because all main cricket centres are seeing a high number of cases and travelling to the camp is another issue for players. How do you then expect it to host the IPL in such a scenario,” said a seasoned cricket administrator who has been closely involved with both domestic cricket and IPL.

Dubai has three venues of international standard while Abu Dhabi has two venues. Life is near normal in the Gulf nation, although all social distancing norms are being followed and masks being worn. “Creating a bio-secure environment for players and officials will not be as big a challenge in UAE as it will be in India. The bar has been set by England Cricket Board with its series against West Indies. Can BCCI meet that bar at home?” asked another senior cricket official.

Franchises believe that costs will not be an issue if the event is moved to the UAE; IPL's first leg was held there in 2014. “If it’s a full IPL in late September to early November, costs would definitely not be an issue,” said a top IPL executive.

Interestingly, the IPL franchise owners held a virtual meeting earlier this week, where all team owners and top executives took part including a former BCCI top boss, whose company owns one of the teams. IPL franchises have been anxiously awaiting some word from the BCCI officially about this season but there has been complete silence post one teleconference held in March.

Also, in the meeting, some team owners raised the issue of who they should be talking to in the BCCI with question marks over the future of its president's and secretary’s tenures.

The apex council meeting will be important, too, from the point of view of BCCI president Sourav Ganguly, who will be chairing the meeting, and secretary Jay Shah who has convened the meeting. Ganguly is currently in home quarantine after his brother Snehasish, who is the CAB joint secretary, tested positive for COVID-19.

While Shah’s tenure as per the new constitution of BCCI was over in May, Ganguly’s tenure is set to expire this month. Both have to now enter the mandatory cooling-off period. However, keeping it in mind, Shah had filed a special petition in May in the Supreme Court requesting for an extension of his and Ganguly’s tenure. The waiver of the mandatory cooling-off period, Shah’s application said, was to be applied only to BCCI and not to state associations. This is the second such petition filed in the apex court; the first was filed in December.

Both Ganguly and Shah were elected as per the new BCCI constitution based on the Justice R.N. Lodha Committee reforms as approved by the Supreme Court in October 2019. All in the BCCI were aware while electing the duo that their terms would end this year, with both having completed six years in respective state associations as elected office-bearers. While no one has gone public, murmurs are abound in Indian cricket administration annals of the silence on the apex court's part on such waiver. With there being no strong factions any longer in the BCCI, nobody is red-flagging the issue either. Interestingly, even the post of the vice-president is vacant, with Mahim Verma, elected last year, having resigned on being elected as president of the Uttarakhand Cricket Association.

As of now, it appears the duo will continue in their posts till the time the Supreme Court hears their plea. An indication of the same is the fact that BCCI’s recent communications have been signed by Shah, as indicated by several BCCI veterans, even though his tenure is officially over.