Burns was the only dismissal in the morning session 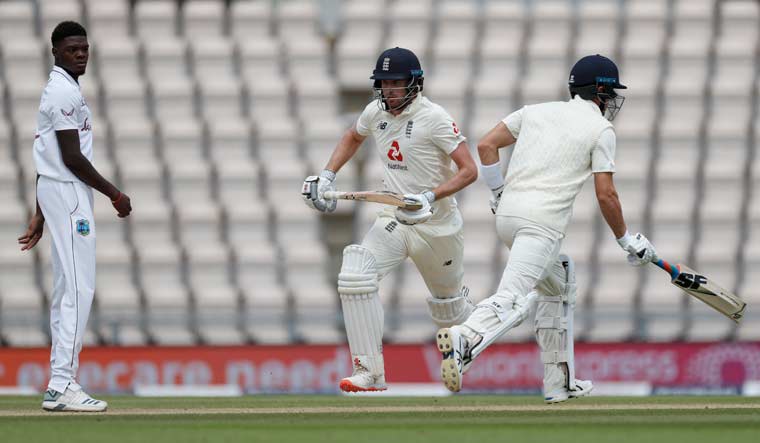 Openers Rory Burns and Dom Sibley slowly brought England back into the first test as the hosts reached 79-1 at lunch on day four to reduce West Indies' overall lead to 35 runs.

Burns was the only dismissal in the morning session on Saturday, caught by John Campbell at backward point off Roston Chase for a 104-ball 42.

England had resumed its second innings on 15-0 at the empty Rose Bowl in reply to West Indies' first-innings total of 318. Progress was slow in the morning with at one point only three runs off nine overs, and 64 runs from 30 overs overall in the session.

England scored 204 in its first innings of the rain-affected test.