Messi wants to be with Barcelona until end of career, says club president 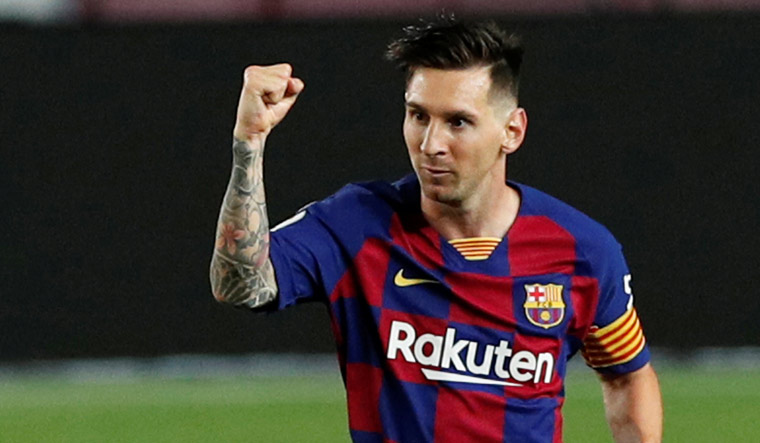 Amid rumours of Lionel Messi not wanting to renew his contract with Barcelona, club president Josep Maria Bartomeu has said that the Argentinian forward will remain with them until the end of his career.

“Messi has said he will end his working and footballing life at Barca,” Bartomeu was quoted as saying by Spanish network Movistar.

Messi’s current contract with Barca, which was signed in 2017, is expiring in 2021. It was reported earlier that he had called off negotiations with regard to renewing his contract with the Catalan club for various reasons. Spanish radio station Cadena Ser had claimed that the Barcelona captain has no desire to stay at Camp Nou.

“I’m not going to explain the details because we are focussed on the competition and we are negotiating with many players, but Messi has explained to us that he wants to stay and so we’re going to enjoy him for much longer,” Bartomeu added.

Messi has been vocal in his criticism of the club and has been frustrated with the way things were being run. However, he is yet to make any comment over rumours of him leaving the club.

There are also speculations that Messi would return to his boyhood club, Newell’s Old Boys.

The Argentine had recently hit out against Bartomeu for implying that the players were unwilling to take a pay cut amid the COVID-19 pandemic. He had also accused the club president of undermining its own players and hiring a PR firm to attack the players on social media.

Barcelona defeated Villareal 4-1 on Sunday in La Liga with Messi registering his best-ever assist tally (19) in the league. The club is currently trailing Real Madrid by four points in the title race.