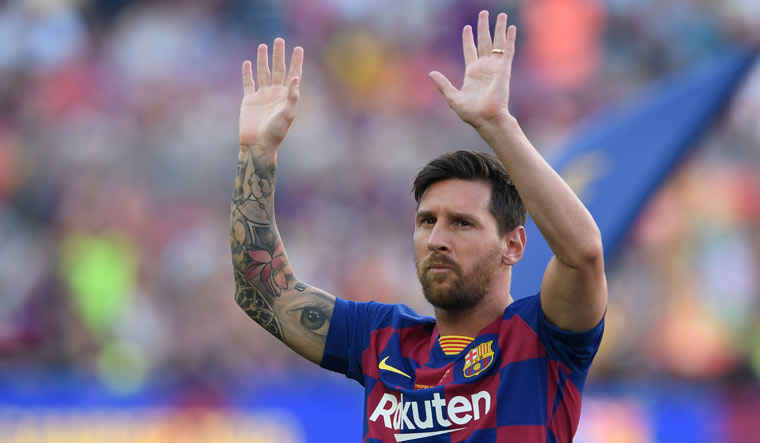 Barcelona’s Lionel Messi is reportedly unwilling to renew his contract with the club and has called off negotiations, as per reports. His current contract with Barca, which was signed in 2017, is expiring in 2021.

Spanish radio station Cadena Ser reported on Friday that Messi has no desire to stay at Camp Nou and is ready to leave when his contract expires next year.

As per a Reuters report, Messi has made clear his displeasure about leaked media reports that appeared to hold him responsible for certain events that have transpired at the club, such as the sacking of coach Ernesto Valverde early this year. In addition, it was reported that he is frustrated about the squad’s lack of quality.

Messi has been quite vocal in his criticism of the club. Recently, he hit out against the board and club president Josep Maria Bartomeu for implying that the players were unwilling to take a pay cut amid the COVID-19 pandemic. He had said that there are people within the club trying to add pressure on the players to do something that “we always knew we would do”.

The Argentinian footballer also accused Bartomeu of undermining the players and hiring a PR firm to attack him and his teammates on social media.

Messi also admitted in an interview that the current team was not good enough to win the Champions League this season.