Live cricket in South Africa to resume from July 18 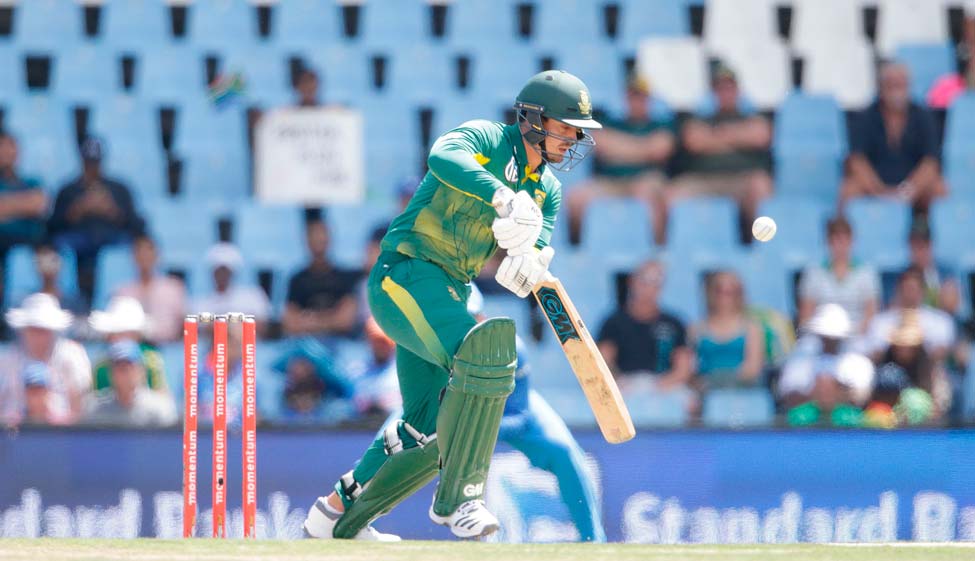 The postponed '3TCricket' competition, which would mark the resumption of live cricket in South Africa following the coronavirus-forced break, will be held on July 18. The Solidarity Cup, which will see 24 of South Africa's top cricketers feature in three teams playing two halves in a single match, was scheduled to be held on June 27 but was postponed indefinitely after CSA felt more work was needed to stage it.

The teams that will take part in the match are the Eagles, to be captained by AB de Villiers, Kingfishers, to be led by Kagiso Rabada and the Kites, which will have Quinton de Kock as skipper.

The announcement of the new date comes a day after South Africa's 44 cricketers, who are part of a men's high performance squad, returned to training amid the COVID-19 pandemic after getting approval from the country's sports ministry.

"It's very exciting to get live cricket, featuring our top players, back on our TV screens again," said CSA Acting Chief Executive Dr. Jacques Faul in a statement. A 3TC match is contested between three teams of eight players each. The match is played over 36 overs in two halves of 18 overs with a break at half-time.

Teams bat for one innings of 12 overs, which are split between two six-over periods. They face one opponent in the first half and the other opponent in the second half. "I can't think of a more appropriate day on which to hold this game than Nelson Mandela Day when its prime objective is to raise funds for those who have been badly affected by the Coronavirus," Faul said.

Cricketing activities in South Africa have been suspended since March 15, when the domestic one-day event was in progression. Faul said: "It is still nearly three weeks away, so it also gives our players more time to prepare properly and to minimise the chance of injuries."