The report said time is right for starting women's IPL 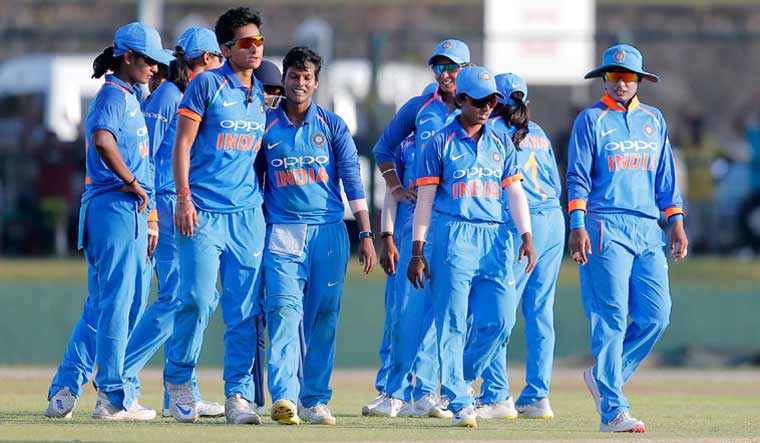 A four-team women's IPL, structural changes within the BCCI in the administration of women's cricket, and creating an ecosystem to help young girls take to cricket at school level are some of the key recommendations of a report 'An Equal Hue: The Way Forward for the Women in Blue', prepared by former India cricketer Snehal Pradhan and journalists Karunya Keshav and late Sidhanta Patnaik.

On the much debated women's IPL—the demand for which is growing among women cricketers in India and their fans—the report asserted that the time is right for it to be started. Presently, the BCCI holds exhibition matches of women's teams alongside the IPL as a way to popularise the format and test the waters before committing to a full women's version of the same. "There is enough depth (of talent) in India for it to be started with four teams. What we need right now is for players who play at state level to be drafted for women's IPL.”

"There is an internal belief that we should start with four teams now. Align them with four of the present eight franchisees in IPL. Have that next year. This is a proven successful model—it happened with the Australian Football League where a women's eight team competition was started as compared to 18 teams in the men's competition. It has now grown to 14 teams in three-four years," the report pointed out.

The report was released on day two of the 'Sports Law & Policy Symposium held virtually. Other issues discussed include 'Future of Livelihoods in Sport-Safety and Worker Security; 'Towards Equal Pay for Equal Play' and 'Giving Back and Future of Sport-the Story So Far'. Union Minister for Youth Affairs and Sports Kiren Rijiju gave the closing address.

The writers of the report were of the view that an IPL was key to ensuring more talent, and better, stronger players came through . "Look what women's Big Bash League has done to Australian cricket. India too needs a women's IPL to ensure they are the best in the sport," said co-author Keshav. The ICC Women's T20 WC was one of the highly watched tournaments recently.

The reason for the increase in demand for women's IPL emanates from the following facts detailed in the report: There is no contract at state level for women players presently, and match fees (which is much lower than than that of men) is their only source of livelihood; barring railways, there are barely any avenues for employment for women cricketers presently and IPL would add to their incomes.

Another important suggestion that the reports made is a different governance structure for women's cricket in BCCI. Presently, women's cricket is looked after by the general manager in-charge of domestic cricket. The senior team and competitions come under this department. However, the report finds that with BCCI having no reach in grass root level cricket—schools and colleges—the woman players come under the purview only from U-19 level. The report uses a survey conducted to find that most female cricketers in India have never played in all-girls teams in school. India does not have an U-16 tournament for girls presently.

"There is no clarity who runs women's cricket presently within BCCI. The BCCI operations presently in place does not allow it to give focused attention to women's cricket. They handle all domestic cricket for both genders. Separate the women's division within it," said Pradhan and Keshav.

There appears to be a growing area of concern within women players regarding lack of a point of contact within BCCI to deal with issues faced by them.

Furthermore, to popularise women's cricket, the report urges BCCI to use both female and male cricket stars to market the sport. "Twenty per cent girl cricketers in our survey said their families told them not to take up cricket; 33 per cent said their extended family, friends, neighbours discouraged them from taking up the sport. BCCI should put in place a long-term marketing campaign to change perceptions.”

With a limited talent pool in women's cricket being termed as a major hurdle in India by administrators in states and BCCI, the report points out that only five members of the Twenty20 cricket team, which reached the finals of the ICC Women's T20 WC earlier this year, came from big cities. The rest of the players hail from Tier 2 and Tier 3 cities or small towns. It urged BCCI to create a talent spotting mechanism for women cricketers in the hinterland.