The pink ball's pace and visibility is very different 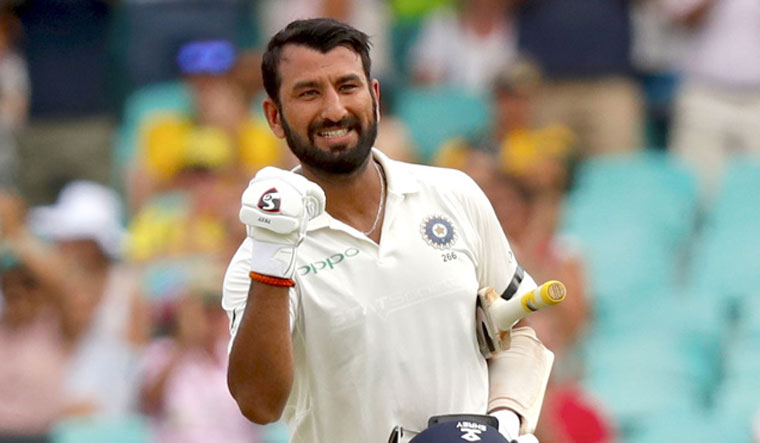 India's Test specialist Cheteshwar Pujara on Thursday admitted that playing Day and Night Tests is an altogether different challenge for the batsman as the pace and visibility of the pink ball is very different from traditional red ball.

"First of all, to speak about the Day and Night Test or (to play) with the pink ball, I think it is different from what we are used to with the red ball," Pujara said on the 'Sony Ten Pit Stop' show.

"Although it is still the same format, but the (pink) ball's pace and visibility is very different. As a batsman you need to get used to it," he said.

"It won't be very easy, becuase you need to have such net sessions. To do that at the domestic level, it is not easy. If any upcoming player is coming, he is used to playing with the SG red ball in Ranji Trophy, so when you play him for India, he is ready for this format.

"He is ready for a Test match. But when he comes to play with the Pink Ball, he will not have that much of an experience and that many net sessions also won't have happened, so I feel it will be a challenge for young player who is coming in and playing a pink Ball test," added Pujara.

"But, yes guys (players) who have already played with pink ball in some domestic tournament and who have played one of the Pink Ball test match, they will get used to it, but it is a different challenge altogether for a batsman," he added.

India are slated to tour Australia for a gruelling four Test match series, set to be begin at the Gabba in Brisbane from December 3.

The second Test will be a Day and Night affair, to be hosted by the Adelaide Oval.

Pujara was then asked what advantages would the Australian speedsters like Mitchell Starc and Pat Cummins get while playing with the Pink Ball.

To which, he said, "I think they (Australian) bowlers will get more pace and bounce off the pitch, from what I have realised so far with the Pink Ball."

"Because be it the Kokaburra red ball or pink ball... and if you are playing in Australia, it is one of the best pitches to bat on," added Pujara, who had played a key role in India's win in Australia in 2018.