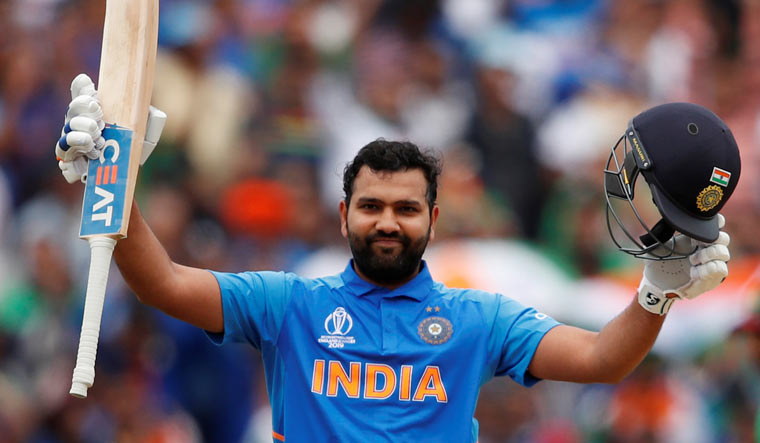 India opener Rohit Sharma has revealed that he scored his first double century after he ignored then captain Mahendra Singh Dhoni’s advice to not take chances and play till the end in the one-dayer against Australia in Bengaluru. Rohit tormented the Australian bowlers in the match to become the third cricketer to score a double ton in ODIs.

Rohit is also the only cricketer to score three double centuries in one day international cricket.

The Indian vice-captain was in conversation with off-spinner Ravichandran Ashwin during an Instagram Live session. On #ReminisceWithAsh, a segment featuring cricket personalities on his Instagram account, Ashwin talks about the sport and certain incidents in particular and engages with his fans and followers.

In this particular segment, Rohit spoke about his double ton against Australia at Chinnaswamy Stadium in Bengaluru in November 2013. He went on to say that after his partnerships with Shikhar Dhawan and Suresh Raina, Dhoni joined him at the other end and advised him to play till the end. But ‘Hitman’ Rohit “just wanted to bat” and score runs.

“I never thought I would score a double hundred. I just wanted to bat.. It rained a bit and them along with Shikhar, remained not out till the break. Soon Shikhar got out and Virat was run out as well. So I took over the responsibility,” Rohit said. He mentioned that after a great partnership with Raina, his stand of 62 runs (off 38 balls) with Dhoni was vital. The skipper told Rohit to not take any chances and ensure that he played till the very end.

“During the partnership, he (Dhoni) kept on talking and discussing things with me. He said, ‘You are the set batsman and we want you to bat till the 50th over and I will be the one who takes chances’,” Rohit recalled.

However, instead of following his captain’s advice, Rohit felt he could put pressure on the bowlers “right here, right now”. He said he then decided to “just go after the bowlers”.

#reminiscewithash of the great series decider against the Ausies at Bengaluru in 2013 and of course the glorious 209 from Rohit.