In 2008, Pietersen had called Yuvraj a “pie-chucker” and his bowling “left-arm filth” 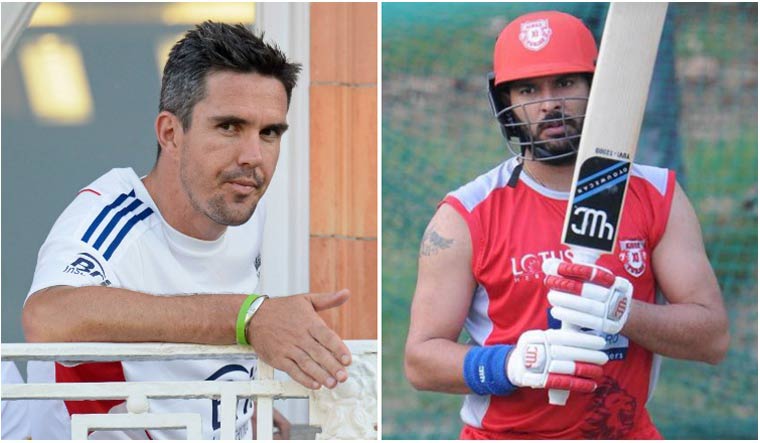 Yuvraj Singh and Kevin Pietersen are two of the most flamboyant cricketers of this era. Their talent, style and attitude have earned them millions of fans. And both have had their share of on-field and off-field controversies.

In fact, the “banter” between the two go back more than a decade. During the India-England series in 2008-09, then English captain Pietersen called Yuvraj a “pie-chucker” and called his slow left-arm bowling, “left-arm filth”.

The Indian star all-rounder had responded, saying, “It shows KP [Kevin Pietersen] hates getting out to me and if a useless bowler is getting him out five times then I would say that is quite useless batting," Yuvraj had said.

Much water has flown under the bridge since then, but the two former cricketers have not stopped taking a light-hearted dig at each other, whenever they get a chance. Be it over Yuvraj's support for Manchester United, or pulling each other's leg over Rohit Sharma's fourth hundred at the ICC World Cup last year, or Yuvraj trolling Pietersen over a picture on Instagram with a leopard and a dog, the two have entertained fans on social media.

Both were at it again, when Pietersen shared a video of his famous “switch-hit” on Instagram. “Just dealing with pies, @englandcricket. The original switch hits @kp24,” he wrote while sharing the video, which shows him switch-hit New Zealand's Scott Styris for two sixes.

Not one to miss a chance to troll the former England batsman, Yuvraj gave a witty reply to the post. “Well sometimes u slip on those pies too,” he wrote, referring to Pietersen's dismissals against “pie-chucker” Yuvraj.

With all sporting activities suspended and lockdown in most countries because of the COVID-19 pandemic, both Yuvraj and Pietersen, like other sportsperson, are confined to their homes.