U-19 WC: Indian players to watch out for in final against Bangladesh 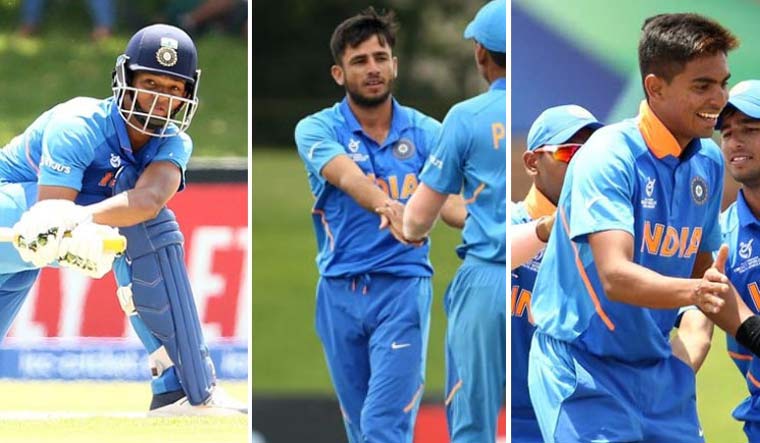 The final of the ICC U-19 World Cup, which is to be played between India and Bangladesh on February 9, might seem like a mismatch on paper. The former are playing in a final for a record-extending seventh time, having won four times. For Bangladesh, it will be their maiden appearance.

Interestingly, however, these are the only unbeaten teams in this edition. Bangladesh can prove to be a handful, with promising players like pacer Shoriful Islam and their semifinal hero Mahmadul Hassan Joy. But can they stop the Indian juggernaut? Here's a look at some of the Indian stars in this edition of the ICC U-19 World Cup:

He is being touted as the next big thing in Indian cricket. Not without reason. The UP lad is currently the top run-scorer in the U-19 World Cup, with 312 runs in five matches. He has been dismissed only twice in the tournament so far. He is no flash in the pan. Jaiswal had a prolific domestic season, scoring 779 runs in 13 List-A innings. His 154-ball 203 in a Vijay Hazare Trophy match for Mumbai against Jharkhand made him the youngest cricketer to score a double ton. Post the U-19 World Cup heroics, greater challenges await him, starting with IPL 2020. He has been bought by the Rajasthan Royals for Rs 2.4 crore at the auction last year.

The 19-year-old from Rajasthan has been India's go-to man for wickets in this World Cup. With 13 wickets in five matches, the leg-spinner is India's highest wicket-taker in the tournament, and it includes a four-wicket haul against Japan, giving away just five runs in his eight overs. With his ability to turn the ball prodigiously and an excellent googly, Bishnoi has been an asset for the team. Though he has played only seven youth ODIs, he has taken 12 wickets at an outstanding economy of 4.37. He also took seven wickets in the Vijay Hazare Trophy. Bishnoi was picked up by the Kings XI Punjab franchise for Rs 2 crore against his base price of Rs 20 lakh in the IPL auction. With a brilliant mentor in former India leg-spinner and Punjab head coach Anil Kumble, Bishnoi seems destined for greater things.

This right-arm medium-fast bowler has been both economical and deadly. Tyagi's moment of reckoning came in the quarterfinal against Australia, where he took 4/24 in eight overs. His opening spell broke the back of the Aussies, who were chasing 234, and were bundled out for just 159. With 11 wickets in five matches, he is second only to Bishnoi among Indian bowlers. He is already clocking speeds of over 140kmph and his ability to swing the ball both ways has earned praise from former India opener and commentator Aakash Chopra.

In five List-A matches, the UP youngster has taken nine wickets. He already has a Rs 1.3-crore IPL contract with Rajasthan Royals.