Molineux has represented Australia in one Test, three ODIs and 17 T20Is 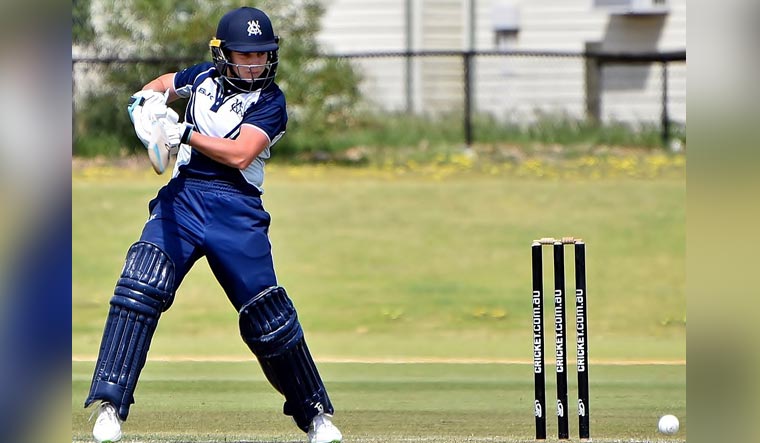 All-rounder Sophie Molineux, who has played just one Test for Australia's women's team, has become the latest cricketer from her country to take a break from the game due to mental health issues.

The 21-year-old, who plays for Melbourne Renegades in the Women's Big Bash League, has requested for a break and will not be travelling with the Renegades squad to Ballarat for their match against Melbourne Stars on Saturday.

She has represented Australia in three ODIs and 17 T20 Internationals.

“Sophie has made the decision to take a break from cricket and we are providing her with the support she needs,” Inge was quoted as saying by Cricket Austraia's official website.

“The welfare of our players is a priority and we are proud of the brave decision by Sophie to step away from the game.”

Molineux is the latest Australian cricketer to step away from the game to focus on her mental health. Recently, several Australian male cricketers, including Glenn Maxwell, Nic Maddinson and Will Pucovski took breaks from the game.

Maxwell stepped down from the Australian team midway through the T20 Internationals against Sri Lanka and is yet to return.

Maddinson pulled out of the Australia A team ahead of their match against the touring Pakistan side, while Pucovski asked selectors not to consider him for a Test debut following that game.

Molineux, an opening batter and left-arm spinner, burst into the scene in last year's T20 World Cup where she played a key role in helping Australia capture the crown.

“We'll give Sophie the time, space and any support she needs.”

Cricket Australia's Head of Sports Science and Sports Medicine, Alex Kountouris, said they have been collecting data on mental health since 2014.

“With the data that we've got, we're seeing that our players are no less or more vulnerable than anyone else in society,” Kountouris was recently quoted as saying by cricket.com.au.

“We're not calling it anything other than what it is a part of life and we've got to find ways to be preventative and manage it when it happens.”