"It's sold out and I'm extremely happy (about it)," Ganguly said 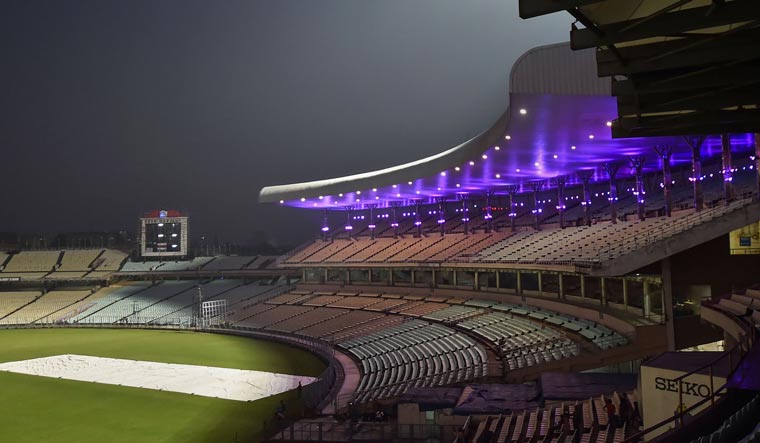 Kolkata: A portion of a stadium is seen illuminated with lights ahead of the first pink ball day-night Test match between India and Bangladesh at Eden Garden in Kolkata, Tuesday, Nov. 19, 2019 | PTI

The BCCI President Sourav Ganguly on Tuesday said that the tickets for the first four days of India's first Day/Night Test against Bangladesh in Kolkata have been sold out and he was extremely happy about it.

India play their first Day/Night Test against Bangladesh in Kolkata from November 22 and both the teams have reached the eastern megapolis.

"It's sold out and I'm extremely happy (about it)," said Ganguly here after visiting the BCCI headquarters.

Asked for how many days it was sold out, Ganguly informed four. 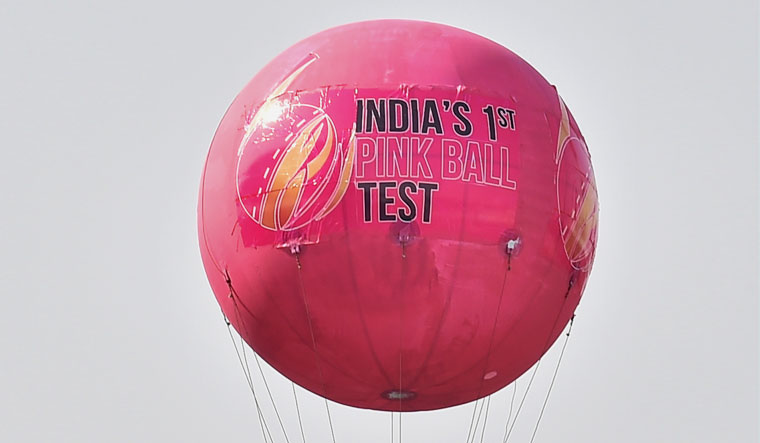 A pink coloured balloon floats on the sky ahead of the first pink ball day-night Test match between India and Bangladesh, in Kolkata | PTI

The countdown of the historic Test began in Kolkata on Sunday with the City of Joy turning pink.

The Eden Gardens, one of the biggest stadiums in India, has a capacity of 67,000.