Road to Olympics from now on will be tough: P.R. Sreejesh 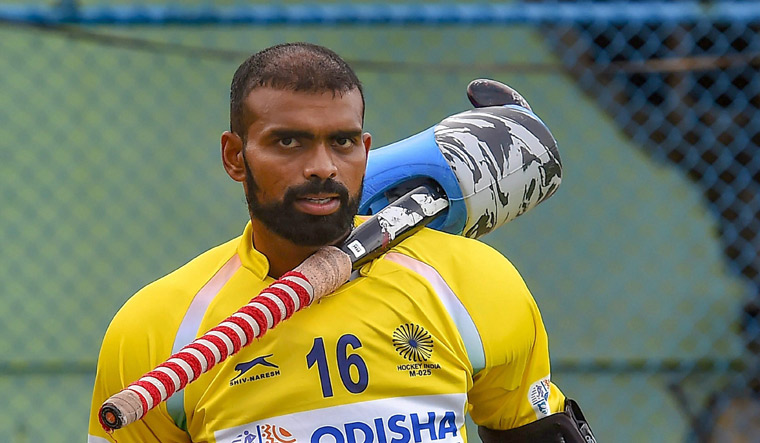 With Olympic qualifiers done and dusted, the Indian men's hockey team will kick off their first preparatory camp in the run-up to the Tokyo Olympics 2020 from November 18 in Bhubaneswar. The men's team thumped Russia—ranked 22—to book their ticket for the Tokyo Olympics and will now have enough time to ensure that they do justice to their top-10 ranking.

One of the most seasoned players in the side is former captain and talismanic goalkeeper P.R. Sreejesh. He admitted that at the end of day, in a tournament like Olympics, what matters is the energy level and on-field performance rather than rankings of the team. "We played against Russia and people commented on the difference in rankings. They surprised us in the first match. It's not about ranking but how you perform on the field. You have a chance to beat any team. It's not about the rankings," said the veteran goalkeeper about the recently concluded Olympic qualifiers.

The drop in energy levels of the team in the first qualifier match against Russia has worried the coaching staff. Though India won the match 4-2, they were far from their top game. Reportedly, coach Bruce Reid and his team are still analysing reasons for the drop in performance and energy levels of the team from the benchmarks set during their tour to Belgium and the Netherlands earlier this year. The Indians came back strongly in the second match, thumping Russia 7-1.

Sreejesh admitted that the road to Tokyo from here onwards was going to be tough even though Hockey India and coach Bruce Reid had prepared a strong competition programme from January 2020 for the players up to the Olympics. India will participate in the FIH Pro League matches in January for the first time, followed by matches against top-ranked teams like the Netherlands, Australia, Belgium and New Zealand at home and away.

“It's not going to be easy. You are preparing for the biggest event in the world. It's going to be really tough. Prior to that, we will play couple of test series. It will be a long journey till the Olympics,"he said.

The problem of conceding goals because of recurring lapses in defence in the dying minutes of the match has been the bane of Indian hockey for some time now. There has been talk of a mental conditioning coach for the team but the team management and senior players feel, with the Olympics round the corner, it won't help much. "Psychology can't get results overnight. If you need, start now, not before the Olympics. I have experience and I don't need advice but if I want to share something with someone, maybe a psychologist can help. Or any youngster who is facing a tough match ahead. You also need lot of team-bonding activities.

“We are keeping a very good atmosphere in the team. Being a senior, I share my experiences with them. I know what happened in 2012 Olympics—sitting next to Serena Williams, having food in the Games village. Make sure your focus doesn't stray from your game,"said Sreejesh.